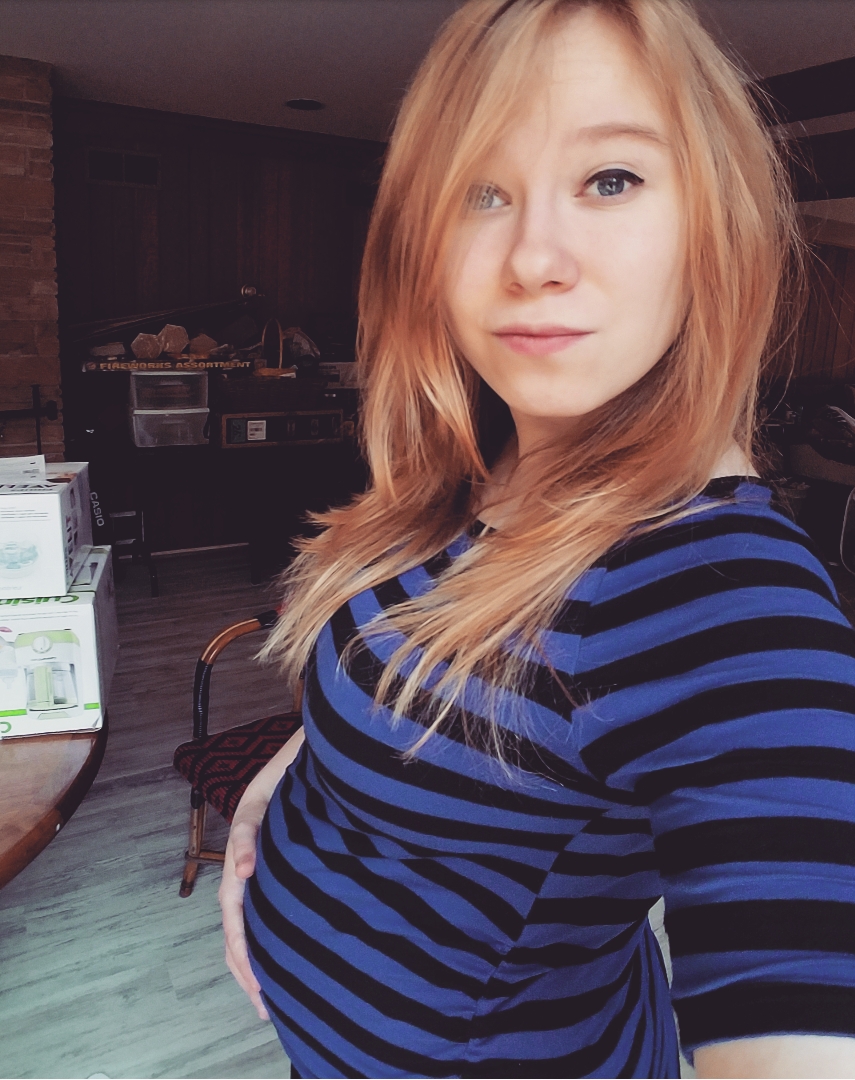 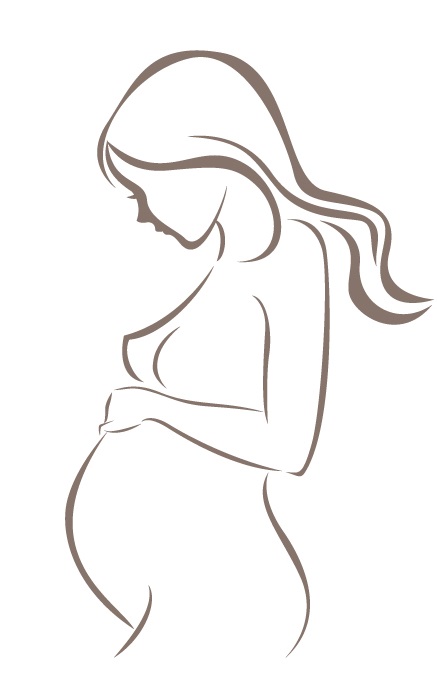 I am 25 weeks and 4 days. I remember the moment I found out I was pregnant. I wasn’t expecting it, and Jak and I weren’t trying, so it came as a huge shock. I remember it was March 12th, 2017 that I took a pregnancy test early in the morning (5:30 am). I looked down at the stick, realized I forgot my phone to time it, so I sat there and it seemed like nothing was changing so I tossed the stick in the trash and fell back asleep. I had a great day that day and came home and relaxed. It was probably around 8:30 pm when I went to the bathroom and saw the stick in the trash and saw the faintest second line. I picked up the stick and examined it as thoroughly as a detective would a crime scene. I looked up online about evaporation lines. They said evaporation lines have no color, and a pregnancy positive second line could be a faint pink. I looked at that second line, took pictures of it, and wanted to be sure before I mentioned anything to Jak. I knew in my heart it was a faint pink, so I called Jak and told him I thought we needed to grab a second pregnancy test. Jak was confused and I explained it to him. He said I was over-worrying (like I tend to do!) and said we would go grab one for peace of mind. This time I wasn’t getting one with lines showing up, I got a digital one with a yes or no answer to be sure. The next morning I got up really early again, hoping Jak was asleep when I got up and snuck to the bathroom to take the test. My heart was pounding as I waited for the three minutes to be up. I can’t tell you how long those three minutes felt but it seemed like an eternity. I looked over to the test when my phone alarm buzzed and saw “Pregnant” on the stick. I started to cry, thinking how disappointed my parents would be, the fact that I was still in school, and that I didn’t have the biggest savings. I called Jak in, and he started freaking out when he saw the test and almost puked!  I had to head to New York to go to my Peer Counseling Program at John Jay College of Criminal Justice that day, but I emailed my professor about it, and she understood and told me to take the day off and stay home.

My sister was visiting and we went to my ob-gyn that day, and I knew I wasn’t going to get an abortion, that just isn’t me. I believe every woman has the right to decide for themselves, and I knew my decision was going to be to keep the baby, I never had any doubt. Fast forward a couple months later, and Jak and I couldn’t be happier. It’s funny how life throws such curve balls. I can honestly say I am so excited for Xander to be born, and Jak is probably even more excited than I am! He kisses my stomach goodbye in the morning and will talk to Xander a lot, hoping Xander will kick him.

I have to say one of my favorite things about being pregnant is feeling Xander kick! It’s one of the most amazing experiences that words cannot describe. I love feeling him move around, especially when it’s in response to something such as Jak’s voice, or my singing in the car.

One thing I don’t like about being pregnant is feeling tired, and the changes that happen to your body. As someone who has struggled with anorexia for many many years, this pregnancy has pushed my mental resilience to the limits (and I’m only 25 weeks!). I have plenty of good days, enjoying the pregnant figure, but there are my low days where I see old pictures of myself and worry if I’ll ever achieve that again. With society being so caught up in looks, it’s only fitting for pregnant women to go up and down with their feelings about their body image. I mean, women who aren’t pregnant have their confident days and days where they doubt themselves.

I am trying to make peace with the changes that come with pregnancy and look at them as “an honor” that only mothers get to have. That may sound lame, but to think that my body, not only keeps me alive but my son alive and will be able to give birth? That is crazy for me! I always thought I was going to adopt. I have to say my pregnancy has been pretty easy though (fingers crossed!). No vomiting, minimal nausea, and mainly just tired with some aches and pains. I know that Jak’s family and my family are all so excited to meet Xander. It took a while for my mom to come around, but now all she wants to do is buy clothing and help set up the nursery!

The realities of pregnancy for me is that it’s a challenge, mentally speaking. Physically, my body knows what to do, but mentally, I have to prepare my anorexic mind for the changes in my body and I have to prepare myself mentally for giving birth. I take pregnancy one day at a time, enjoying those moments where I feel Xander kick, and lean on Jak on the days I feel crappy about the body changes.