How to Improve Your Child’s Behavior: A Therapist’s System 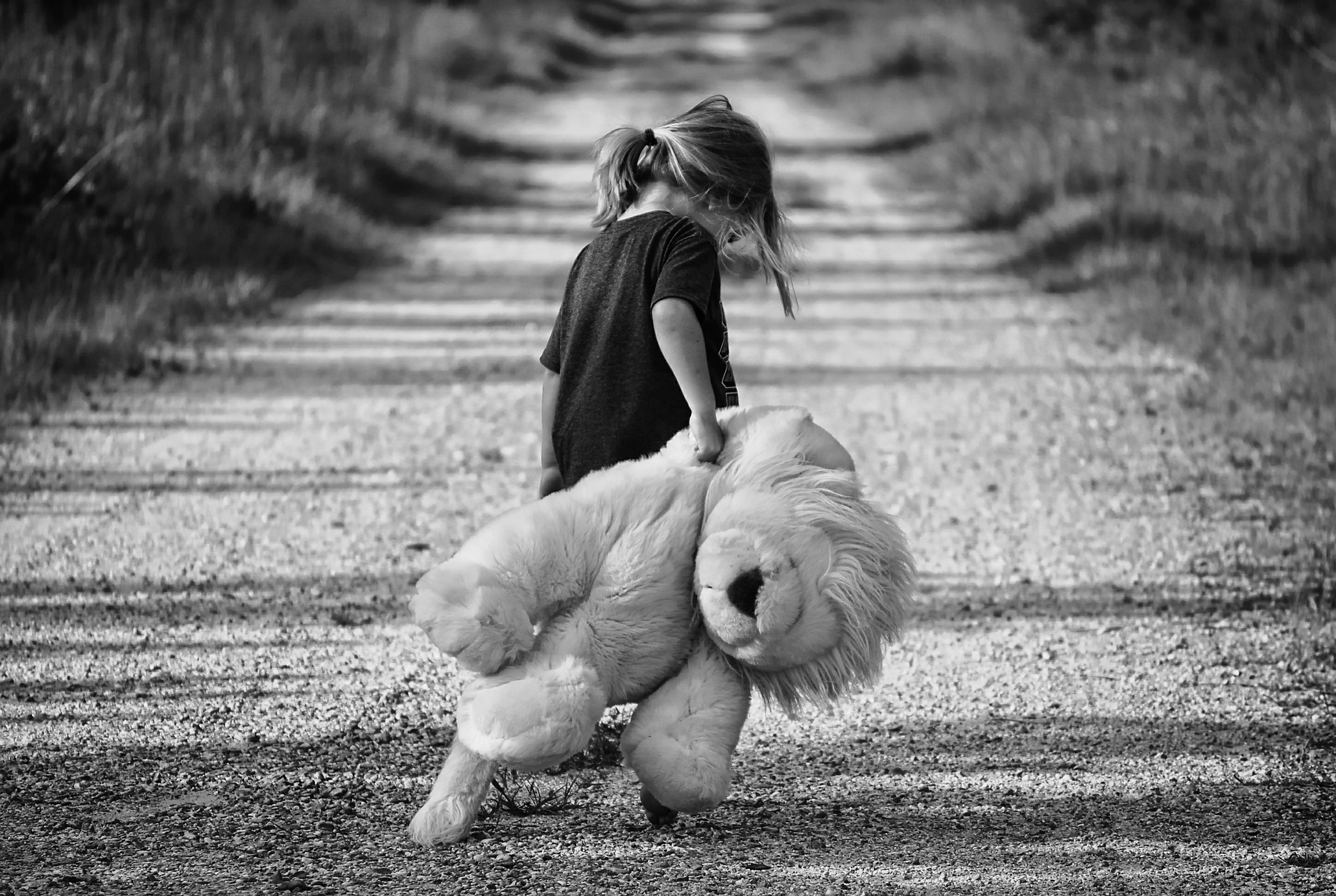 When I worked as a child therapist before becoming a stay-at-home mom, I heard a lot of the same concerns from parents about their kids’ behaviors.

They often expressed out of desperation, “I’ve tried everything. I’ve taken so many things away from my kid that I have nothing else left to take away.  And he doesn’t even seem to care!  I don’t know what else to do.”

When kids misbehave, our first go-to is to use some form of punishment, such as taking items away or removing privileges.  And don’t get me wrong.  These can certainly be effective techniques.  But oftentimes, parents tend to rely so much on discipline that other important parenting methods get overlooked.

In fact, there are several foundational steps that parents can take to both prevent and manage misbehavior.

Below are 7 parenting techniques, which we can refer to as the 7 “P’s” of Parenting to help you remember them more easily.  These 7 P’s are essential techniques to effective parenting.  Notice that discipline is included, but it comes after the more foundational steps.

When a behavior problem arises, parents can use these methods, step-by-step, in order to problem-solve through the behavior.

Let’s take a look at how to improve your child’s behavior, using my toddler’s current behavior problem as an example. (We’re working on not having meltdowns toward the end of story-/ playtime sessions at the library).

Instead of waiting until your child misbehaves to take action, think of ways to prevent misbehavior.

In doing so, you want to consider things like your child’s triggers and stressors, as well as your own stressors.  And you want to take steps to reduce stress for both of you.

Furthermore, having a well-balanced parenting approach from the beginning, versus an approach that is too strict or too passive, can go a long way.

Example: My daughter gets fussy when she doesn’t eat or sleep well enough.  So I try to ensure that my daughter gets enough sleep and eats enough before heading to the library.

Similar to the idea of prevention, you want to learn how to anticipate and plan for misbehavior.  You won’t always be able to prevent misbehavior, but you can have a plan in place for when it does occur.

One way of planning ahead involves establishing a set of rules and expectations for your child.  Another way might be to pack items to keep your child engaged whenever you’re out in public.

If you just can’t seem to figure out your child’s behavior no matter what you do, then you may want to consider tracking the behavior.  This can help you identify any patterns in behavior, which will help you to prevent and plan around future behaviors.

Example: I bring snacks when I know my daughter didn’t eat enough before story-time.  And I set expectations that if my toddler doesn’t listen or gets too fussy, then we leave the library.  During the last few minutes of playtime, I plan out a way to transition her successfully.

As parents, we can easily fall into the habit of giving much more negative attention to our children for “bad” behaviors and less positive attention for good behaviors.  But we must remember that drawing more attention to a behavior, whether good or bad attention, can actually increase it.

Sometimes kids will take any kind of attention they can get, whether positive or negative.  This may cause them to “act out” for attention.  Therefore, we want to give kids positive attention for good behaviors preemptively before they start acting out for attention.

Also, kids will often misbehave whenever they’re not engaged in something.  So giving your child attention and engaging with your child can help to prevent this misbehavior.  I know as a busy mom that it’s really hard to keep your child continuously engaged.  But even starting small can be very helpful.

Example: I make sure to spend quality time with my daughter every day.  And I give lots of attention to my toddler for listening throughout the day.

Children tend to learn better when they receive praise for their accomplishments. When they know that you appreciate what they’re doing, they’re more likely to want to please you and listen to you.

Although you might think that your child should know how to behave, the best way to ensure that he knows is to teach him. Therefore, by specifically telling your child what he’s doing that’s right, he’ll be more likely to learn the good behavior and do it over and over again.

If you feel like your child never does anything worth praising, then pay more attention and start small.  Try to catch your child doing simple, “good” things and provide praise.

Positive reinforcement means that you give/do something to your child to increase a good behavior.  Let’s instead use a more comfortable term – reward.

And let’s not confuse rewarding with bribing.  Rewarding is done strategically and for only good behavior.  It’s better for rewards to be non-monetary.  And parents who use rewards correctly do so in a way that motivates their children to become more independent.

Example: My toddler is at an age in which she doesn’t fully understand rewards, and she tends to thrive on positive attention and praise alone.  However, on days in which she is meltdown-free at the library, I’m giving her a special snack or toy (one that she doesn’t always have access to) once we get into our car.

Because you should be giving lots of positive attention to good behaviors, you don’t need to give quite as much attention to problematic behaviors.

Remember that any attention, whether positive or negative, is likely to increase a behavior.  Therefore, ignoring can often be an effective technique for decreasing certain behaviors.

Planned ignoring doesn’t mean that you ignore a dangerous or destructive behavior that could cause injury (or worse).  It simply means that you systematically choose a “bad” behavior that your child engages in and ignore it consistently.  It’s only done during the behavior and stops once your child starts behaving well again.

When focusing on one behavior, try to ignore other behaviors that are meant to distract you or get a reaction.

Example: When my daughter has a meltdown toward the end of playtime, I focus on getting her to transition.  So I repeat expectations to her and give her physical assistance when needed without reacting to her tantrum behaviors.

While “punishment” is the technical term used by behavior experts, “discipline” tends to have a more positive connotation.

Discipline is last on this list because when you use the other six methods mentioned above consistently, you end up not needing to rely on discipline quite as much.  It is, however, an important tool to have in your back pocket, as planned ignoring is an effective way of intervening only some of the time.

Discipline should never be used to exert power and should not carry on for long periods of time.

Perhaps my biggest piece of advice when it comes to using discipline is to make sure that you’re using the proper techniques.  Oftentimes, parents are quick to say that time-out doesn’t work, but a big reason for this is that it’s seldom used correctly.

Example: I haven’t needed to use discipline for my daughter’s story-time meltdowns because the previous steps have been all I needed.  But if my daughter were to engage in a more severe behavior, such as hitting someone, during her meltdowns, I would enforce a consequence.

An important thing to keep in mind is that you want to make “bad” behavior ineffective for your child.

For instance, my daughter uses meltdowns to express her frustrations, which is normal at this age.  But her behavior is also functioning to help her stay at the library longer.  So I want to teach her that the meltdowns don’t help her get what she wants.

I hope these methods help you to see that discipline isn’t the only strategy that can be effective in dealing with misbehavior.

And these methods might all sound great, but a lot goes into carrying them out correctly.  But don’t worry!  I have a FREE cheatsheet to help you get started on stopping “bad” behavior.  You can grab it here!

What type of misbehavior are you currently working on with your child? I would love to hear!

And thanks so much to Savannah for allowing me to guest post on Millennial Mrs. and Mom!

Disclaimer: Although I was a therapist, I am not your therapist or your child’s therapist. Reading this post does not enter you into a client-therapist relationship with me. The content in this post is meant to be used as a general guideline and has not been individually tailored to the needs of you and your child. If you are in need of therapeutic services, please seek the support of a mental health counselor or behavior specialist.

References: My information comes from years of training on Applied Behavior Analysis, Parent Behavior Management Training, and other evidence-based techniques. I also like to refer to Russell Barkley and Alan Kazdin.

Angela is a wife and stay-at-home mommy to a beautiful little girl. Prior to becoming a mom, she worked as a child mental health therapist. Her blog, Natural Born Mommy, focuses on teaching mommies like you about parenting strategies and mental health.  When she’s not chasing around after her toddler, she also enjoys writing about all things motherhood-related.  Check out her free behavior cheatsheet for mommies here!