Picking Up the Pieces After A Divorce 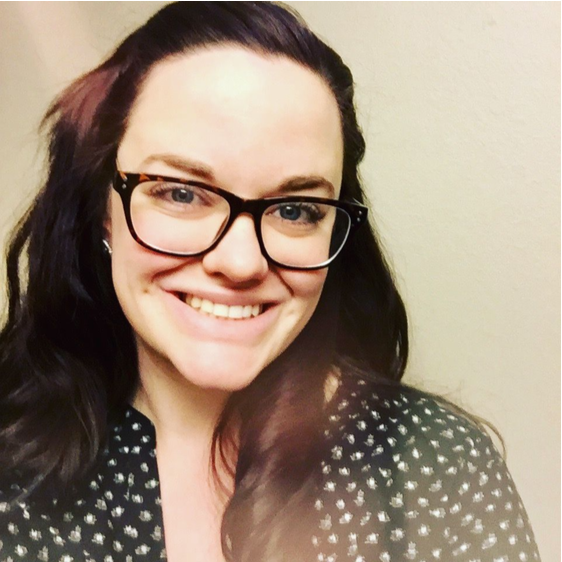 I never wanted to be divorced. However, that is the reality I was handed.

I grew up in a loving home, with two parents who have been married for 45 years. Rarely did my siblings and I witness disagreements between them, and to this day they are each other’s best friend. We were taught that you don’t give up in a marriage. You learn to love eachothers quirks (because we all have them) and that disagreeing on things is ok, as long as it is discussed. Compromise is huge.

So, how did I get to the point of leaving my husband and starting my life over again at 26? The answer to that usually seems pretty black and white. Incessant fighting, infidelity, financial

struggles…the list can go on. However, my story is not so easy.

My husband grew up a devout Mormon in an amazing family- I still think this way about them to this day. He grew up learning how to treat a woman and what is expected in a marriage. Along these same lines, however, he was raised very sheltered. It wasn’t until we were married and living in a different state that I think the reality of life hit him. See, I had lived on my own before this. I have had adult responsibilities that he had not yet faced. We definitely differed in that area.

However, one month after we hit our one year anniversary, my husband enlisted in the United States Army. He was THRILLED to be doing what he had always dreamed of- being a combat medic. He dreamed of being deployed and helping fellow soldiers around him. I admired his courage, as well as his eagerness. Fast forward two months and he is shipped off the Oklahoma where he faced 6 weeks of basic training. During this time, he made a total of two phone calls, all of which lasted about 5 minutes. We wrote some letters back and forth, but I allowed him to focus on what he needed to. Most days, I missed him so much it hurt and I convinced myself he was missing me just as much.

He graduated April 25, 2015. I still remember the way my heart skipped a beat the first time I saw him at graduation, dressed in his dress blues amongst those who had become his friends and family over the last few weeks. But he had a somberness about him that I will also never forget. I had this gut feeling he had changed while there.

Turns out, your gut is almost always right.

Two weeks later, while he was in Texas at job training, it was like he had practically vanished. One day he didn’t call me, didn’t answer my text messages, nothing. It was like a switch had been flipped and I was dumbfounded as to what was going on. I waited two unbearable days before finally asking his mom to tell him to call me- talk about desperation. All I was worried about at that point in time was that he was okay. I had no idea that it was I who was about to not be okay.

He called me that night. He wasn’t happy anymore. He wanted to make the military his career. He didn’t want me to hold him back any more than I was (had I been?). Somehow, he never said the word divorce during that entire conversation. Or had I just been oblivious to it?

Fast forward another two weeks of misery- desperately trying to get some answers out of him, trying to get him to go to counseling, etc. I log into my computer which was auto signed into his Facebook account. And that is when I found everything. And I mean EVERYTHING.

I found what no spouse should ever have to find. Conversations between him and another married soldier. Pictures sent back and forth. Discussions about ME. I was irate, and sick to my stomach, shaken to my very core. I didn’t move from that computer for probably a good 30 minutes. I knew immediately that my marriage was over. There was no amount of counseling that could get us past that level of betrayal and utter lack of caring. So I did the only thing I knew to do. I filed for a divorce the very next morning.

Living in Utah, a divorce only takes 60 days to be finalized. Being as he was in the military, they allow 90 days. During those days, I moved back home to California and left practically everything I had in Utah- including what was left of my heart. I went through a severe bout of depression and anxiety, but I fought through it and did what I had to do. It took me a few months of working mediocre jobs to pay the bills to realize that I was SO much better than that. That I had amazing potential, and I was the only one who could control my destiny. I guess you could say my divorce empowered me and allowed me to see who I really was.

I have a background in graphic design as well as marketing, so I capitalized on that. While working my 9-5, I would hustle on the side. I would get home and put in another 5 hours or so building my business. I was exhausted, and usually running on very few hours of sleep, but I knew that my life was going to be bigger than I had imagined it to be.

Also during this time, I paid off the $10k in debt that I had accumulated over the years. I did this while still having a full-time job, a security blanket per say to help me if needed. Once that weight was off my shoulders, I felt like I was unstoppable. I allowed myself 6 months to run my business and gain a clientele before quitting my full-time job.

I share my story not because it is anything fantastic. I didn’t cure cancer or donate a kidney. But I have been in your shoes. If you are reading this and going through something even remotely close, know that I am there for you. Our minds have an incredible way of telling us we are not good enough, or we may experience “imposter syndrome” and never go through with our dreams. I am a true believer in destiny.

Every. Single. Thing in life happens for a reason. We may know immediately, or we may not know for a long time. But what we do know right NOW is that you have the power to overcome any obstacle you face. You just need to believe you can.

Written by: Ashley who is the owner and designer behind Ashley Rose Creative, a graphic/web design + content creation agency in Nevada. Ashley takes a client’s vision from concept to creation in various aspects of a business-branding, website design, and content creation. She is also a freelance writer. In her spare time, she enjoys spending time with her senior dog Walter, spending time outdoors and reading.