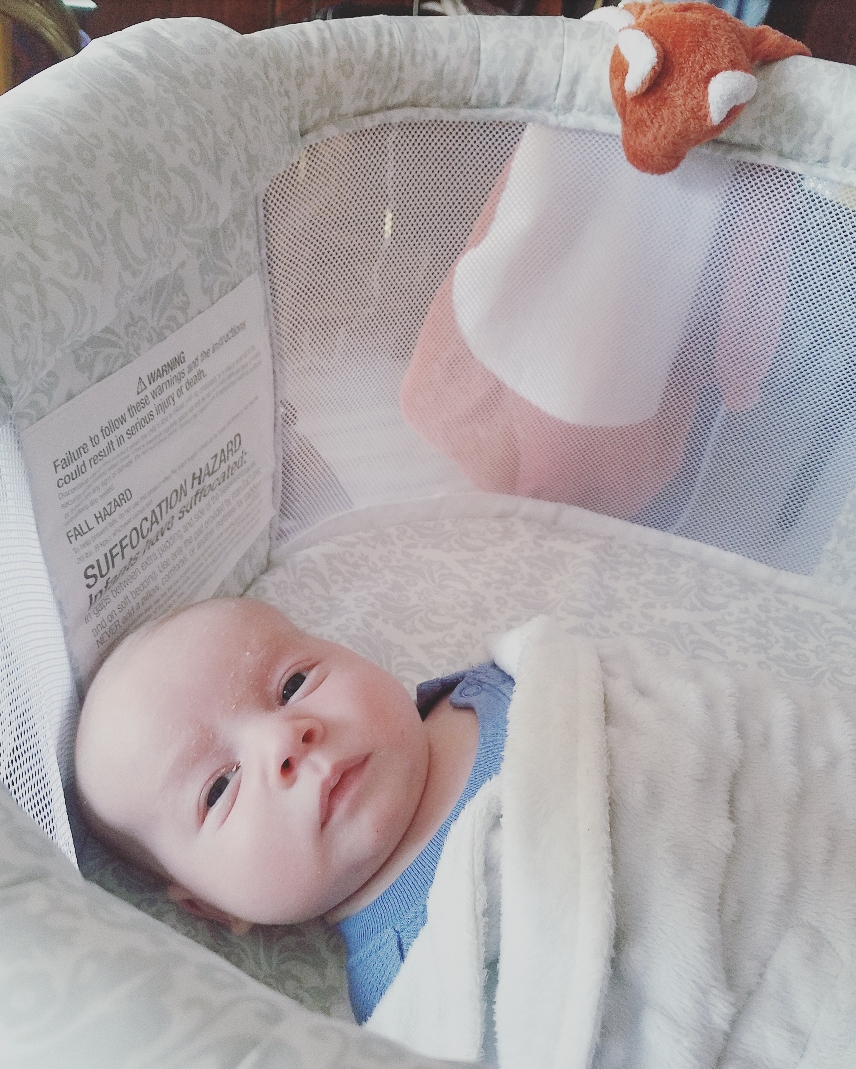 Xander is five weeks old! He was 10 lbs last doctor check and his legs are so long that he can’t fit into newborn clothes anymore. He also smiles, a lot! I live for seeing him smile. He also sticks his tongue out sometimes, so last night Jak and I were hanging out with him, and he was sticking his tongue out so I was copying him and he started smiling when I did that, and he proceeded to stick his tongue out back at me.

He also, as of the holidays, wants to be near me or any person rather than being in a different room. So these days, instead of putting him back in his bassinet to sleep I keep him on the couch with me and swaddled and he is able to fall asleep. He also is more engaged and alert, which Jak and I love. We still can’t get over how adorable he is and love spending time with Xander.

There have been times where he would cry and then an hour after we had changed him and fed him, and it turned out he was still hungry! We had been feeding him 4 oz and turned out he just wanted one more ounce and then he would knock out. Lately, it’s been a bit unpredictable how much he wants for food, it ranges between 4 oz and 6 oz on rare occasions. Still learning!