Pushing Back the Darkness – Bringing awareness to Human trafficking in America 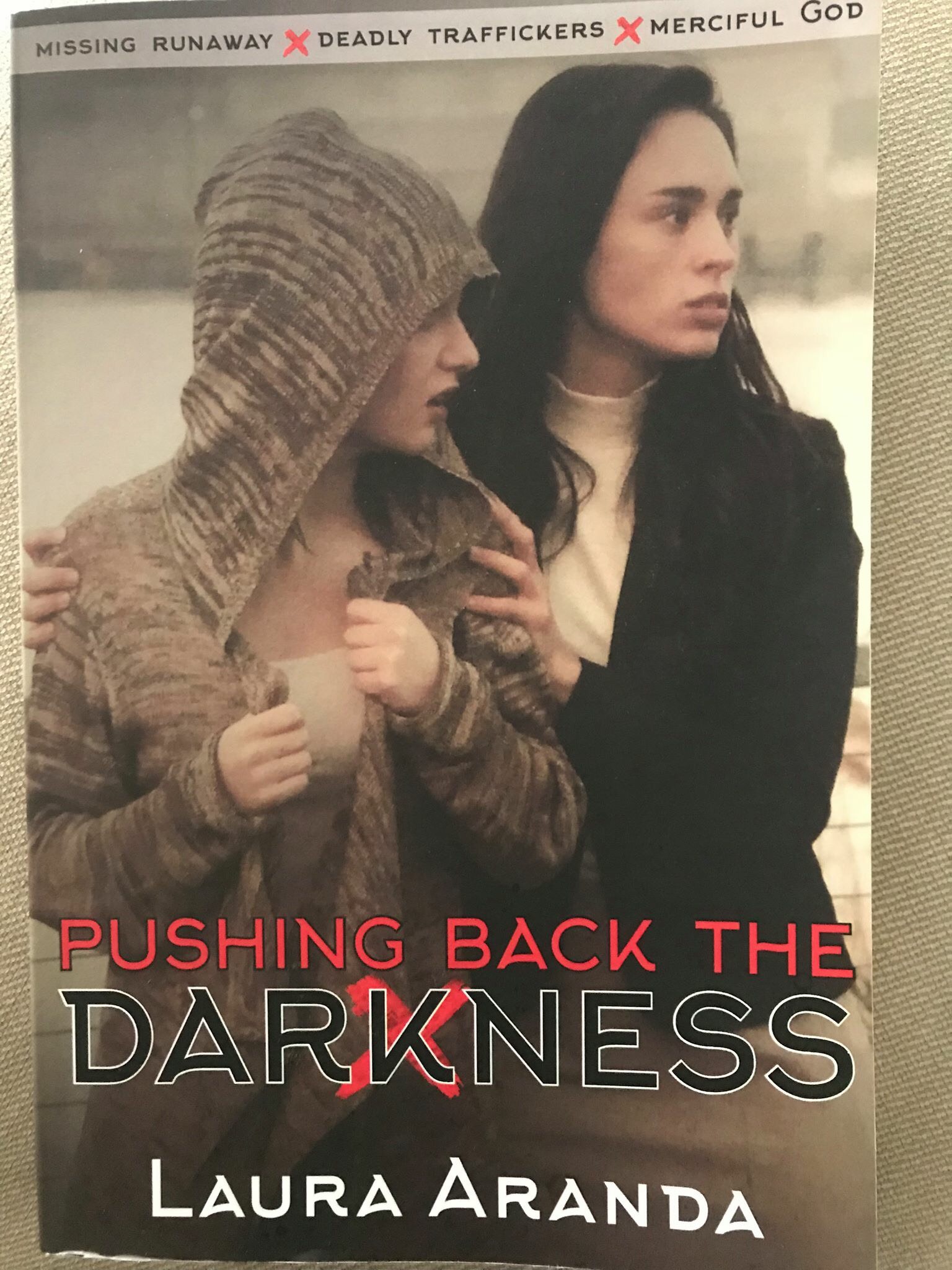 Human Trafficking is just one more nightmare America is trying to combat. It is the third fastest growing crime only behind weapon and drug trafficking and all three go hand in hand.
Human trafficking is both sex and labor trafficking.  It is a form of modern-day slavery that occurs around the world and in the United States.  It involves an act of recruiting, transporting, transferring, harboring, or receiving a person through the use of FORCE, FRAUD, or COERCION.  ANYONE can be a victim of human trafficking and ANYONE can be a trafficker. Traffickers/Pimps are constantly coming up with new ways to lure our youth into this lifestyle.  They prey on desperation, curiosity, and naivety.
Laura added her voice and hand to help. She published Pushing the Darkness, her novel in April of 2017 and travels speaking and bringing awareness.

If any readers might think a loved one is in harm’s way what would be a few actions you would suggest so they can get the help they need?

There is a lot of valuable information online at sources like the FBI, U.S. Department of Homeland Security, the Polaris project, and many more.

What advice would you give to parents of youth?
Monitor your children’s activity!!!  I can’t stress that enough.  Kids today have cell phones, tablets, computers with basically unlimited access to the Internet.  Parents are too trusting of their kids.  We should be keeping tabs on what our kids are doing!
There is no such thing as violating your kids privacy when they are under 18!!
You should know what your kids are doing online including:

If anyone is interested in contacting you further what would be the easiest way to reach you?