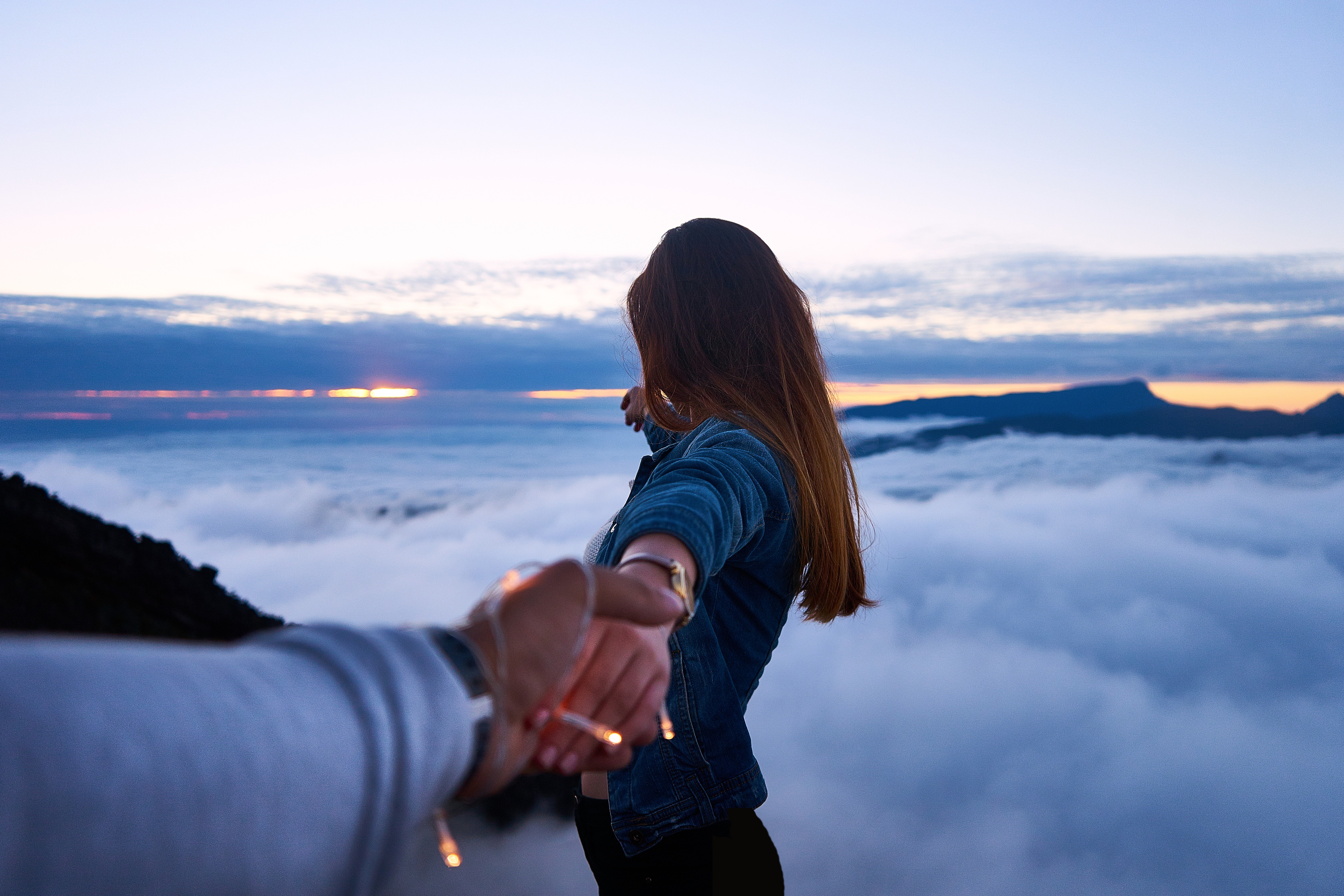 People meet all the time. It’s happening as you’re reading this sentence. We meet others everywhere- the grocery store, library, Taco Bell, anywhere. When this happens, we naturally ask questions to see what the other person has in common with us. Do they like the same kind of music? Do they like to read? Do they like college basketball? Even if they don’t like most of the things we do, sometimes we are drawn to the other person and still want to find out more about them and decide to keep getting to know them.

It’s not necessary to have everything in common to be friends (or more) with someone. Sometimes it helps to have some basics in common- like the same hobbies, TV shows, or taste in music. That helps for discussion purposes. What about the deeper things, like religious beliefs or thoughts on how to raise kids? Those are considered “dealbreakers” to some people. That can be due to how someone is raised or just something that it’s a deep believed. What else helps? Personalities that complement each other. This can be a tricky one.

My husband and I are complete opposites in this area. He is a very laid back person. One of his co-workers told him once that if he was more laid back, he would lay down all the time. He was correct- he rarely worries about anything. He’s also soft-spoken, a hunter (when he gets the chance during Kentucky hunting seasons), was raised Lutheran, eats almost anything, and listens to basically nothing but country music.

Me? I have severe anxiety, so I worry enough for both of us. I’m loud, refuse to hunt (in fact, I am not a fan of guns), I’m agnostic, I’m trying to watch what I eat, and I can’t stand country music. He tells me on a daily basis that I need to take a few deep breaths and that things will be okay. This annoys me greatly, but he’s usually right.

That list was just a small one to explain our differences. Our house got a bit loud before and after the 2016 election. My mom can’t stand his dad’s family except for his dad and they have become great friends.

There are ways to make relationships like ours work- we have been together since 1998 when we were 15 years old. It just takes a large amount of understanding and love. 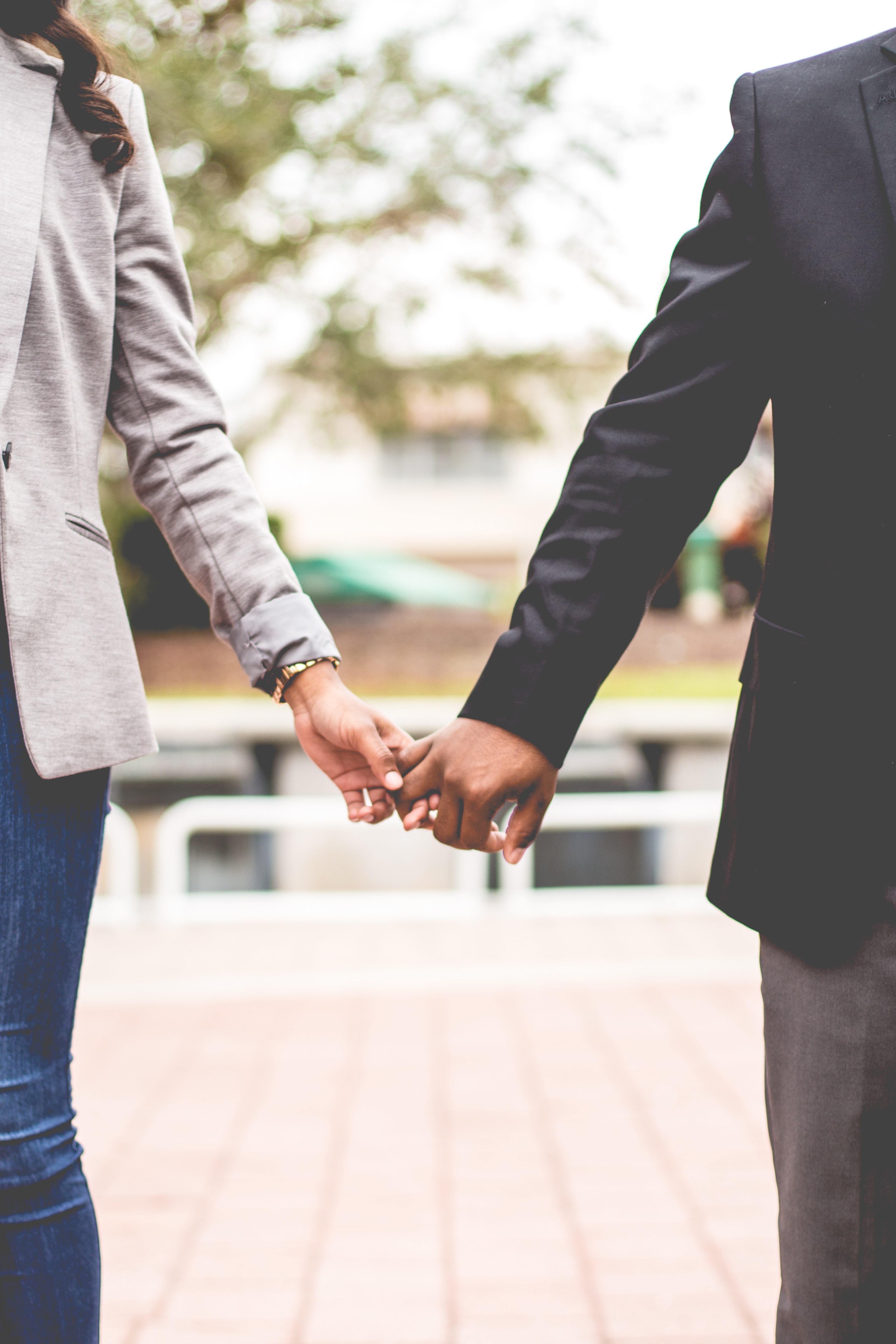 Knowing and respecting each others’ limits

This applies to every relationship imaginable, but especially in opposite personality relationships. My husband, as I mentioned before, is a soft-spoken man. I’d never ask him to go to a club or anywhere that requires him to go in large groups of people that are close to each other. He also hates crowds. He does make exceptions for the Kentucky State Fair and a few other events, but that’s about it. I don’t do machine gun shoots so he leaves Lillian and I at home. Know what your partner is willing and not willing to explore in everyday life, on dates or otherwise.

Find what works for you

Every couple has something they like to do together- cooking, movies, museums. Whatever it is that you enjoy. This may take work, because if your personalities differ like ours do, it may be hard to find something. Matthew and I love to eat, so we try to find new places to go to. We live in a large city, so this isn’t a problem. Once in a while, we also try a new place to do something fun, like a carriage ride or walking by the Ohio River.

We love movies. We joke that we have the beginning of a Blockbuster (remember those? If not, look it up on Google) store in our house. Our sons are named Cameron (“Ferris Bueller’s Day Off”) and Julian (“Big Daddy”). We add to our collection constantly. The last addition was “The Hangover” trilogy. I know we are super late on that-those movies are hilarious. Our tastes are slightly different- I prefer comedies and rom-coms, with some psychological thrillers, and he likes comedies and horror. It’s become a family thing, the kids are becoming movie lovers. Find what keeps you together and build on it. You may be surprised at what it may bring to your relationship.

Talk out the differences

There will be differences in every relationship. That’s how it works. We get frustrated with each other over levels of anxiety- either he’s not worried as I think he should be or he thinks I’m too worried, or sometimes both. We usually have to take a break, cool down and try it again. Everyone is wired somewhat differently from others and we have to respect that. There is no room in a relationship for disrespect for someone’s personality traits because no one should have to change for someone else. If someone wants you to change for them, that person might not be for you.

Celebrate and learn from the differences

This tip can be fun. If one person is super outgoing, and the other isn’t but wants to be, they can learn some ideas on how to slowly come out of their shell. That’s not a fast or easy process. If one person is from a culture that the other person isn’t too familiar with, there can be a lot of learning to be gained from the relationship if the partner is willing to teach. This can be a great experience for both. As for opposite cultures at my house:

Over the years, my husband has learned a lot about black culture, right down to learning to style black hair. Lillian inherited my hair- super curly. He spent a few years styling her hair in the mornings before she was able to do it on her own while I was working early mornings.

He also had to find barbers able to cut black hair because our sons have thick curly hair. Ironically, whenever a “Madea” movie is on TV, he’s the first to watch them. He liked “Straight Outta Compton” more than I did. I’ve had to teach him quite a bit, but I really didn’t mind. I knew we would have kids, and wanted him to be able to explain things to them, not just say “Go ask your mom”.

I’ve learned a few things from him and his family. I had no idea what an Advent calendar was until his mother bought them for the kids this past holiday season. I had to ask her to explain it to me. I thought it was neat, and we celebrated that along with Hanukkah. (My mother is Jewish, so according to my kids, they “get all the presents”) I’ve also been able to change my thoughts on German potato salad. His grandmother makes the only kind I’ll ever eat. We’re definitely a multicultural family.

Every relationship takes a bit more work than most people think. Opposite personalities can make things more interesting but these relationships can work if both partners are willing to put in the work.