Parenting on Hard Mode (or, How to Tell Your Kids You’re “Crazy.”) 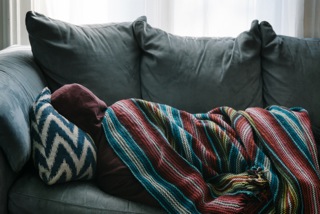 Confession time. I’m crazy. Not the “oh man, mama’s gonna lose it because you left your socks on the floor again!” kind of crazy. I’m the “just spend a month under psychiatric care for bipolar disorder” crazy. As I say, I’m certified. I’ve got the doctor’s notes to prove it. And what’s more, I come by it honestly.

For those that don’t know, bipolar disorder is a mood disorder characterized by extreme highs (called mania, or in my case, hypomania) and extreme lows (known, unsurprisingly, as bipolar depression). It requires multiple different methods of control, including talk therapy, medication, diet and lifestyle changes, and so on. Those that have it well controlled are typically able to lead “normal” lives, but there is always the risk it will rear up and cause issues again. As such, I spend every day of my life aware of it and working to stay healthy.

Bipolar also has genetic components, so when I say I come by it honestly I mean it was inherited from my own mother. And now, I’m a mother of two kids facing the fact that one day they might bear the same struggle. To say I worry a lot is putting it mildly.

Just last month, I spent 9 days in an inpatient facility for suicidal ideations. It was a drug interaction, as far as we could tell, and it left me unable to work for almost a week before we finally agreed I should go in. Up until the point, my family had been taking turns keeping an eye on me so I stayed safe, and I was honestly doing alright. I’d been through depressive spells like this before, so we knew I just had to lay low until it all blew over. The problem was things just wouldn’t get better. In fact, they got worse.

While it was worth every second, those 9 days were some of the hardest of my life. We talked with my eldest about it before I left, and she came to see me at the hospital while I was waiting to check in, but how do you really explain what’s going on? Well, that’s what I want to talk to you about.

How to Tell Your Kids You’re Crazy

One of the most complicated parts of parenting is deciding what to share with your kids when. A good example: the dreaded “where do babies come from?” Almost every parent dread that conversation and many of the more proactive parents will actually spend hours reading up on the subject in an attempt to make it less awkward. Or, for those who’d rather not have that conversation, there’s always a book. Present, anyone?

When you’re a parent that is affected by severe mental illnesses, you face a similar dilemma, though arguably a more difficult one. There aren’t exactly a lot of books on how to talk to your kids about mental illness like there is for talking to them about sex, but it is critical that you do so. No matter what you do, chances are your kids will be affected by your illness and they deserve an explanation.

My husband and I long ago decided to be as open and honest as we could with our kids, but this one was a challenge. There’s a fine line between educating your child about what you’re going through and leaning on them for support. While there is something to be said for the little things kids will do to lift you up on a bad day (construction paper flowers, anyone?), you also don’t want them to feel responsible for making you feel better.

As we talked to my daughter during my hospitalization, we were careful to explain the feelings of bipolar disorder, but also the fact that there isn’t any one thing a person can do to make it better. We said, sometimes mommy is sad for no reason and sometimes she doesn’t feel she can do anything anymore. Sometimes she just has to wait for the feeling to come back. We’ve helped her to think about some of those days she’s had herself, where she felt so sad she just didn’t care about anything or want to do anything, too.

We’ve also talked about how to recognize depression versus being sad and what she can do to help those suffering.

I finished my time as an inpatient feeling stronger and more prepared than I had in years. We figured out medication. I had follow up appointments. My job was secure since I had finally gotten my FMLA submitted. And my family as a whole was more educated than we had ever been before. It was one of the hardest times in my life, but worth every moment. 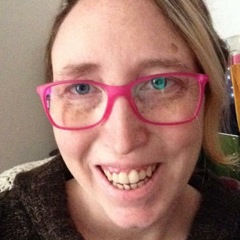 Shahana is your typical mother of two, with a twist. At the age of 14, she was diagnosed with bipolar 2, and from then, her life changed completely.  Her blog Shahana May is dedicated to education about mental illness and its effects on parenting, as well as building a community with other parents struggling every day with chronic illnesses.