Lessons From Health Issues in Marriage 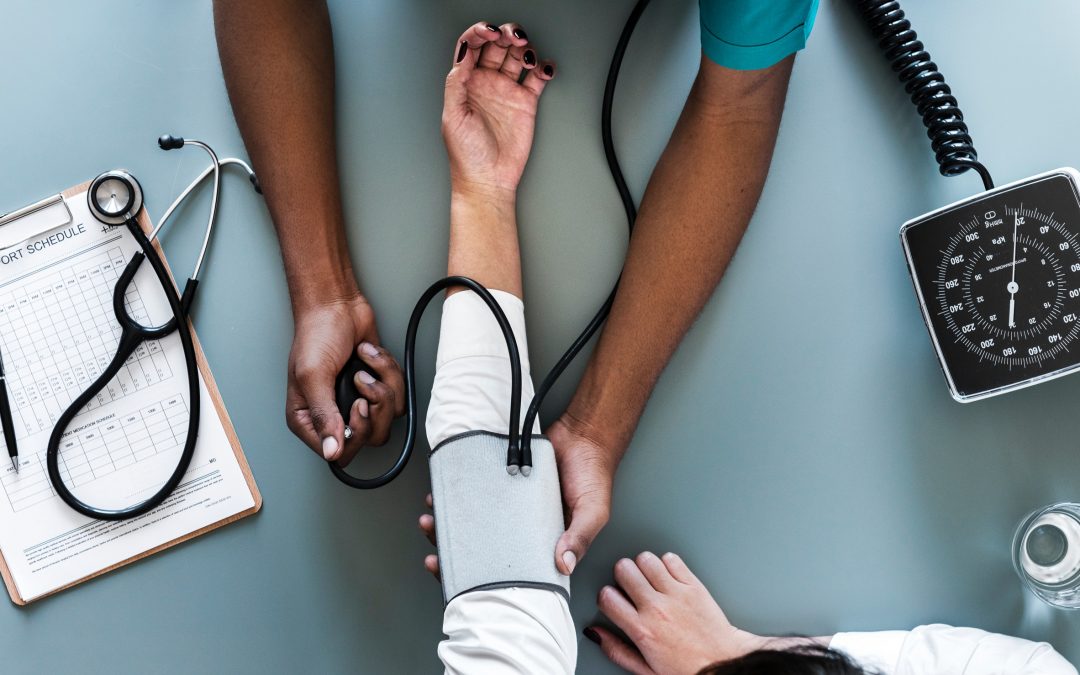 I once heard that the first year of marriage is the most difficult.  I always thought that meant we’d struggle to get used to living together.  You know, fights over how to squeeze the toothpaste or which side of the bed we’d sleep on.

Phillip and I have been married since December 2011.  A few months after we were married, my “mild Ulcerative Colitis” turned into “severe Crohn’s Disease.”  I was admitted to the hospital 13 times in our first 9 months of marriage, and almost 40 times in the 6 ½ years we’ve been married.

Needless to say, our six years of marriage have not been very typical!  However, looking back, we wouldn’t change it for anything.  There have been some hard, hard times, but they’ve made us stronger:  both individually and as a couple.

I was so worried those first few months when it became apparent that my health had taken a permanent turn for the worst: worried that my husband would say, “Psh, this isn’t what I signed up for!  See ya!” and walk out the door.  On the contrary: he has never once complained.  Not one single time.  He hasn’t been resentful or blamed me……ever.

Instead, he and I have allowed these difficulties to bring us closer together and help us grow.  We’re at the point that we wouldn’t change a thing, even if we could.  While it is still hard (after all, there is no cure for Crohn’s), we’ve learned a few things along the way that make these challenges a blessing as opposed to a stumbling block.

Here are some of the lessons that we’ve learned that have helped us fight together instead of fighting against each other.

In the middle of a hard time, it’s easy to put blinders on.  You focus on the problem at hand, and you ignore everything else around you.  This causes your priorities to be skewed.  The small problem at that moment becomes a bigger deal than the true issues.

When I don’t feel well, and the kids are being a pain, and my husband is running late from work……well, that could mean I’m grumpy when he gets home.  But what’s more important?  The fact that he works hard to provide for our family?  The fact that he is a person with feelings?  Or that I need to vent my frustration and pain and anger?

When I take a deep breath and step back, I can see more clearly.

Choose to act, not react

In those moments – those difficult, horrible, awful moments – how we behave and treat each other is a choice.

When my husband is woken up at 2am to take me to the hospital, it would be so easy for him to be grumpy, impatient, and short.  Instead, he takes a moment and considers the situation. Only then does he respond, and he is always right there, supporting me because he knows me.  He trusts me.  He realizes that I wouldn’t be waking him up at 2am unless it was serious.

Similarly, if I’m having a high-pain day and he comes home late from work, I take a minute to think before I welcome him home.  I know him, I trust him.  I realize he isn’t intentionally coming home late on a high pain day, just to make my life more difficult.

This has taken a lot of practice, but it makes it so we feel like we’re a team as opposed enemies.  We’re fighting a battle together against whatever trial we’re facing; we’re not opposing sides in a three-way war.

Let me say that again.  Communication is key.  It’s more than just talking: it is a conscious effort to constructively discuss a situation.  Anyone can “communicate” by arguing, venting, or stressing.  Real communication is when we keep our tempers and discuss how we’re feeling.

Here’s a funny story for you: For the last two months of my first pregnancy, my husband’s yawn drove me insane.  I was ready to kill him each night when he would yawn whilst telling me about his day at work.

It occurred to me one day that he had no idea of the internal struggle I was facing.  However, I knew that if I tried to talk to him about it when it happened, I would probably make him feel bad and guilty by snapping out, “Could you please stop yawning!  You’re driving me crazy!”

Instead, I waited until a time when I wasn’t feeling annoyed and said, “Hey, this may sound really silly and it’s probably just hormones, but it really, really bothers me when you yawn while you’re talking.  I know it’s not a big deal, but it’s starting to feel like a big deal to me.”

This way, I felt better by expressing how I felt without it coming at the expense of his feelings.  My happiness in the moment should never come at the cost of making him feel bad on a personal level.

Let’s face it, we all have expectations coming into a relationship.  We may not realize it, but we do!  A lot of that is how we were raised.  For example, in my house, my dad always took out the trash.  In Phillip’s house, it was his mom’s chore.  For the first few weeks after marriage, we kept waiting for the other person to take out the garbage without realizing it was an expectation we had!

Many times, large trials will bring permanent changes to our lives.  When we try to “hang on” to what we were in order to not lose ourselves, it can cause more problems and make the challenge more difficult.  I’d had an idea of how I would be as a wife and mother.  My health makes it impossible to live up to that ideal.

My husband does more of the chores and childcare than we’d planned, and he’s also unavoidably had to give up a few professional and educational goals in order to accommodate my needs.  I had to learn how to coupon so we could pay medical bills, which is something I never thought I would do.  But the more willing we are to make changes in what we do or who we are, the smoother the process goes.

It’s all in your attitude

Probably the greatest piece of wisdom that I’ve learned through this is that ANY challenge, no matter how big, can either break us or make us stronger.  It all depends on how we choose to approach it.

There is no cure for Crohn’s disease.  This back-and-forth of health and sickness is going to keep happening.  So we’ve made our family motto, “We do hard things.”

We’ve started to see each trial as a challenge: it’s not going to break us now!  How good of a person, how nice of a person can I be?  The harder it gets, the more we buckle down in service to each other and others outside of our family.  And you know what?  It makes us closer, every single time.

Tiffany is a former math teacher and SAHM who loves finding good deals!  She and her husband, who is an engineer, work together on The Crazy Shopping Cart.  They enjoy spending time with their family, geeking out over sci-fi together, and saving money.