Are Men Really The Master of the Master Bedroom? 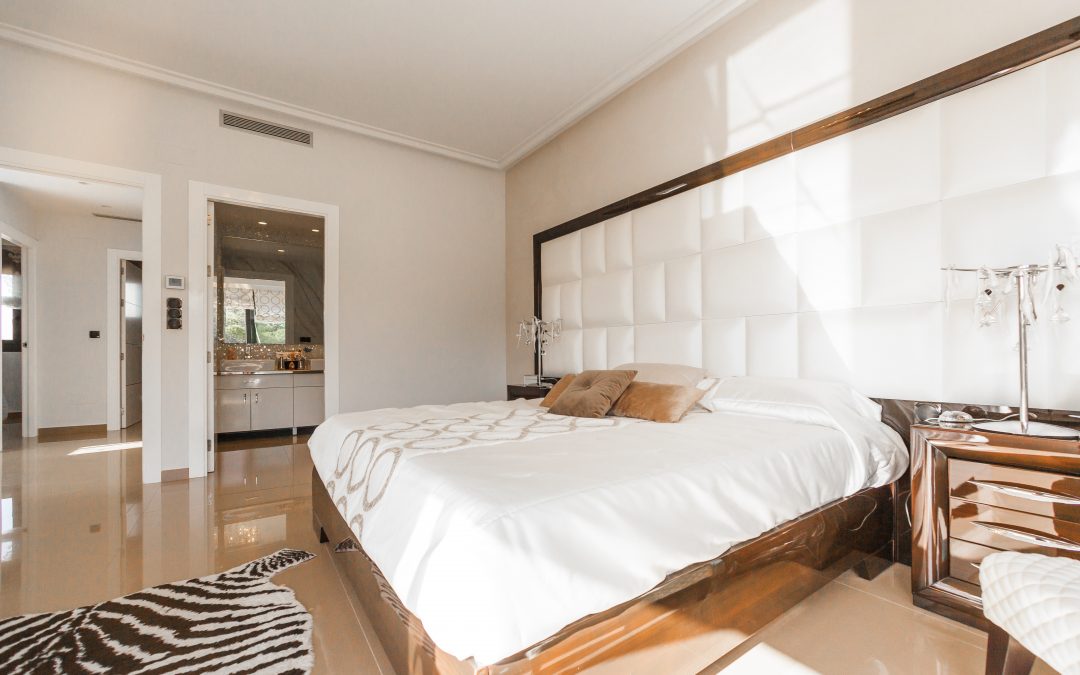 Fun Fact – 40% of spouses will sleep apart at some point in the relationship. Whether this is due to child rearing (mom sleeps in another room to sleep train a child) or in-house separation or some other reason this results in about half of relationships. When we cohabitate, it’s common practice… As well as super stereotypical (in heterosexual) couples for the woman to decorate the majority of the house and the man to take the garage in the yard. It’s easy to do the kitchen gender neutral. The bathroom plain. The living room is a squash buckling of everyone who you have ever dated… Or maybe if you are married, it’s more closely to Target aisles 9 & 15.

Women also get designated the bedroom. Since the man usually has a comforter and a pillow, and maybe a futon? (that’s a joke Y’all) the woman immediately jumps once cohabitating to rectifying this. Usually in beige… Or pink. Some other foofy color. Throw pillows. (do Not throw the throw pillows!) Now… While I have been pretty light about this so far… What I’m about to say is sort of serious.

The light colors… Lack of stuff… It’s a girl’s room. Sure, they get a garage. But you want them to Want you right? Not Only use the room for sleep and changing clothes and jacking off, right? It’s their room too, right? Where is hubby’s stuff? In his dresser? But you picked the dresser out? No. How is he supposed to get aroused when he’s constantly feeling stressed by the candle? A man should feel relaxed in, if nowhere else, his bedroom.

Many men have complaints about this. They resent the art or pictures of their mother in law. (that Could go in the hall) There are restricted items in the bedroom that causes extra stress. Like… Throw pillows (darn throw pillows). So, I ask you this… When was the last time you bought something for the bedroom that you and your partner made a joint decision on? When was the last time you and your partner were both equally happy about this bedroom decision? What are your future plans for the bedroom? Do they include the husband? Can they?

We all know you are the master of the house. You organize the schedule, you keep everything on track and keep everyone in the family together so that their world spins another day. You should let him be the master of the bedroom so he can make your head spin at night and you can get a good night’s sleep so you can wake up and do it all over again tomorrow. Either way, no matter how you have your bedroom set up, I hope you wake up feeling fantastic.