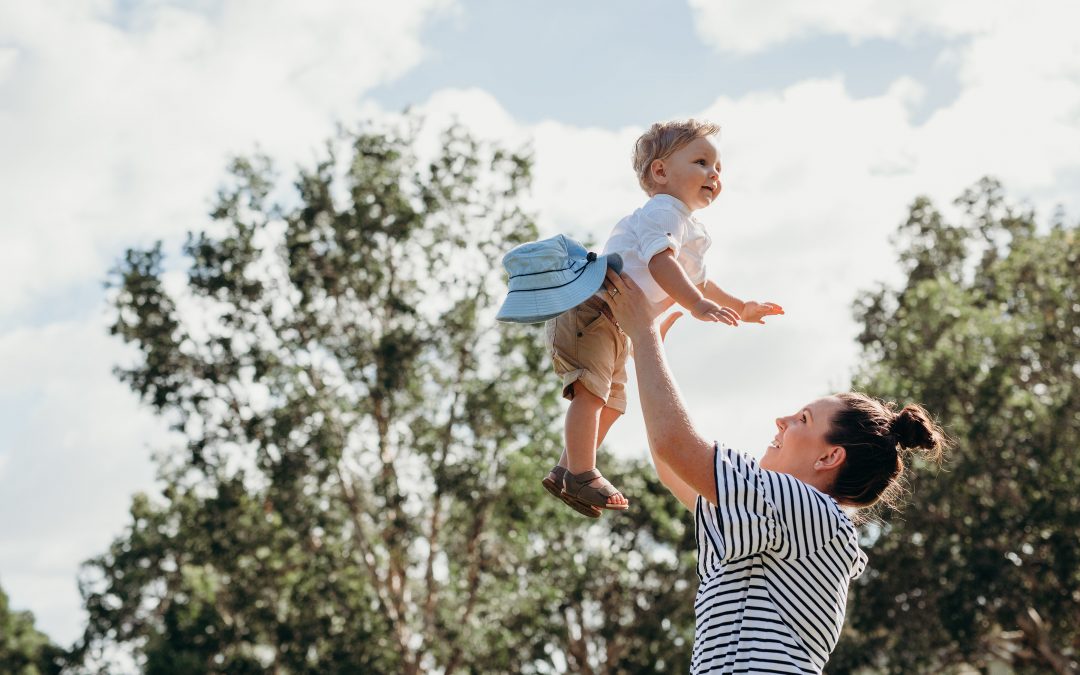 I passed by the couch for the up tenth time that year to see my husband sleeping on the couch. He’d fallen asleep there while playing video games. I started to wonder if he was ever going to sleep next to me. I tried not to think about it. That was so difficult though, especially when you are pregnant. You want that connection. You want to feel loved and accepted. You want to know that your body isn’t changing and you’re not growing this whole life form just for you. Especially when you are married.

You’re supposed to be a team… Right? We weren’t. I could never convince him to come to appointments or hold the baby when he wasn’t holding a controller or a keyboard. In fact, I’m pretty sure he was only home to eat or to do a function where he could show us off. Everyone said what a beautiful family we were. It was hard to convince the public otherwise. When we found out how difficult and unique life was about to be, things changed dramatically behind our front door.

Sometimes, that’s just life though. Your marriage doesn’t work out. People stay in relationships that aren’t working. If both people aren’t actively trying to participate in the partnership, it will fail. It just will. It doesn’t matter how hard one party tries, if the other person is just being lazy, sitting there watching or actively resisting, then your relationship is sitting in metaphorical quicksand. This is my prime example. My ex was there but wasn’t participating in the relationship. At least, when he wasn’t actively making the house chaos.

It became an unlivable situation. At some point, this is unfair to the kids. As great as it is for them to grow up in the same house with both “mom and dad,” it’s not great if the example is “dad gets to treat everyone like crap, that must be acceptable for men to treat women that way” gender roles BS.

I was done. After my ex went on a cruise with his family while I was having major surgery, I had the courage to tell him that I was pushing through past separation to finish the process. I did everything. I had to. That was the trend pretty much the whole relationship though.

Relationship tip: if a guy is too dependent, this isn’t a positive thing.

I learned a lot doing all this stuff going to court by myself. I decided to be as nice as possible.  Amicable is the word.  I’d let him have whatever he wanted. I want the kids. And he took stuff. Fine. He took my pots and pans and both dining room tables (I cook) and other things he thought I’d fuss over I’m sure. I let him have the car and computers too. I just wanted the kid’s toys and TV.

When we were done… The house was… Empty. This part I was honest and fair with. The court process was very long. I ended up there every week for months. I spent everything I had doing paperwork. It was a big case. I learned that there are extra steps if one of you is on food stamps because those get divided sometimes (my ex could do That for himself, though). I learned that women can pay alimony and in different forms. I also learned that the court can fight the divorce if the kids are disabled because they believe it’s in the child’s best interest for you two to be married. Annnd I needed a lawyer.

Talk about disheartening. Then, of course, there is child support and visitation. Child support is usually a formula by age of the father and child/ren wages of occupation. If no occupation then a computation of back pay is started. Also, anytime a mother is collecting TANF/SNAP the state needs this information because depending on the state it can roll over and effect what the father owes. Once the father owes $5,000.00 – $10,000.00 (depending on the state) he’s on the most wanted list and a warrant are issued for his arrest for failure to pay.

To pay or not to pay, for me was easy… I opted out of child support entirely. I did not want the stress with my ex. He never supported us. Financially. Emotionally. He was always so wrapped up in his own stuff that he saw us only as things that affected him, not people who had their own lives and feelings about things.

Personally, and this may sound haughty, but I feel like I spared him here of his own future drama and depression. I also spared myself his wrath and fighting between him and me making a healthy path for the kids. As for visitation? This is a different discussion between everyone who goes up there. I asked my ex what he wanted and he said, “supervised visits.” Yes, that’s what he said. So, I can’t stress enough that every couple or ex-couple will be different.

It’s been a lot of years since I sat on my floor, all my paperwork fanned around me and I tried to explain everything to my ex and we filled it out together. It’s all faded in my mind, watching from the garage as everything loads up in my garage and drives off and I walk back through my kitchen and feel my littlest’s (at the time) hand grab mine and stare at what looks like a brand-new house, it was so empty.

Sometimes you just have to do what you have to do. Standing there that day, after his truck drove off? Was one of the biggest reliefs of my life. I know divorce is supposed to be this big scary, upsetting thing. And doing it was. But the after part? Even though I was left with no money, no furniture, no car, and I had the kids looking at me like “What just happened, mom?” I’ll be pretty honest… I felt relieved.