The Main Challenges of Being a Young Dad 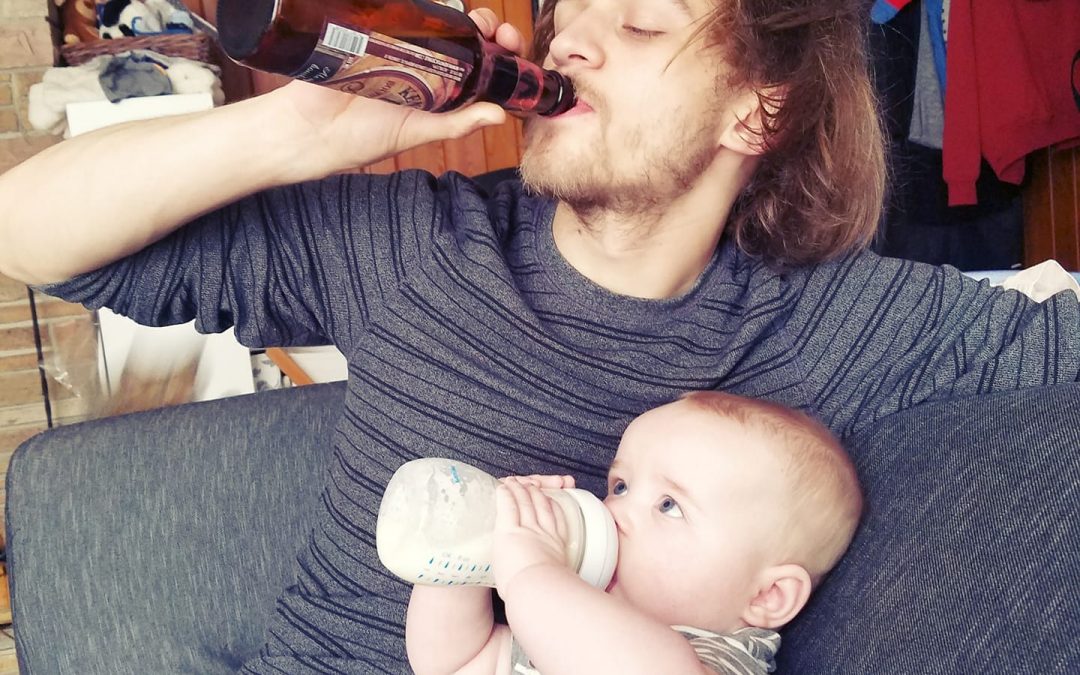 It isn’t every guy’s dream to have a kid at twenty-four. I would bet that the vast majority of guys in their twenties don’t actually plan on having kids for a while, let alone settling down. I don’t think you can ever really be ready to have your first child. It’s hard to be ready when you don’t what it’ll be like. So when you get that surprise “+” on a pee-stick it can be incredibly terrifying. I remember feeling a cold sweat throughout my whole body and feeling extremely nauseous. It’s hard enough to prepare for pregnancy when you want it to happen, having it happen unexpectedly is one of the most stressful times I’ve experienced.

The Decision to Become a Young Dad

One of the hardest first struggles is the decision you’re partner has to make. Whether or not to go through with the pregnancy is their choice. It may be hard to hear guys. You can have whatever opinion you want, but in the end, you can’t tell her what to do with her body. If you want her to get an abortion, you can let her know exactly how you feel, and you should. However, it is her choice and her choice alone. Either choice is going to be very difficult. One is hard on the body, and the other is damaging to the mind. Seeing as either way is going to take the largest toll on her, it should be solely up to her.

Part of me didn’t want us to go through with it. I didn’t think we were anywhere near ready for that. We also weren’t in a good place at all. I also didn’t know how badly I’d feel for us making that decision. If you do choose to go through with a pregnancy and you stay with her and raise the child together, it isn’t all bad. In fact, it’s so much easier when the baby is finally with you. It was a lot worse anticipating being a parent then it is to actually be one. As a young parent though, there can be a lot of struggles along with those great parenting moments.

Time is probably the biggest struggle next to finances. When you’re single or dating, you probably feel like you have plenty of time to yourself, your friends, work and whatever else you want to do. That is, as long as you aren’t working two or more jobs already and struggling to make enough money to keep your crappy apartment.

You can manage to do what you want when you want prior to pregnancy. Hell, even when your partner is pregnant that’s still pretty true. The second that little angel comes into your world, however, that changes in an instant. Time becomes one of the most valuable things. Your time is now dedicated to your new arrival.

Money is another very big issue that young dads and parents, in general, will struggle with. If you’re already a parent then you’ve probably had a hard time at some point or it’s affecting you currently. Babies are f***ing expensive! I read somewhere that on average, from birth to age 18 a kid will cost you $250,000. At my current pay, I’ll make that in maybe 10 years. I don’t make much, which makes this money struggle that much worse. Luckily, we had a lot of friends and family friends that splurged on him for a baby shower, his birthday back in November, and some other times too. Most of what we have for him was given to us or we had help getting it. Not everyone is that lucky. If not for that help, I have no idea how we could afford to have a kid.

Image, Social Status, And Those Looks

Image is another thing – that whether you care about it or not- will change and it can be annoying. You’ll notice looks that you get from all kinds of people. Older adults, people your age, other parents. They aren’t always good glances either. There are some that you can just smell the negative judgment. I’ve had plenty of those. Then there’s the kind of people that don’t care how old you are or what you look like. They just think that your kid is adorable and can’t help but smile. Those are the best. Then another kind of look you get at first seems like a good response. But if you think about it, it’s pretty f***ing annoying. It’s that kind of look where you know they’re thinking something like, “Wow, it’s so great to see a young dad taking care of there child.” You might think at first that it’s nice to get that kind of recognition. At least until you realize that it implies the stereotype that a young guy wouldn’t be around or wouldn’t take care of there own kid. It may seem well-intentioned but it’s actually pretty f***ed that someone would think it’s impressive or something.

The New Life (Ready or Not)

Life is the biggest change of them all. But honestly, I don’t think it’s the most stressful. By life, I mean your daily routines, work, friends, your time, etc. Time and money are part of this, but I think life, in general, deserves its own points.

Savannah and I used to go to bars with our friends, we would get brunch together every other weekend. We loved to just walk through Crate & Barrel to look at everything we would have one day when we actually get a house, rather than a small apartment. We would take drives and do photography and go to the dog park even though we don’t have a dog. It didn’t matter what our hours were for work or our class schedules, we would always hang out.

All of that changes when you have a kid. The fun you had as a guy in a relationship or a single dude is gone. You still have your friends sometimes but you don’t have the time to have impromptu hangouts and guy’s nights anymore. No more going to bars whenever, no more poker nights- unless the little one is asleep, and even then you have to be quiet. At least you and your significant other have plenty of time together! Albeit, not the kind of time you’d probably like to spend together.

I’m not trying to deter you from being a parent if that’s what you’re looking to be. I also don’t want to stress you out more if you just found out that you’re expecting. There are plenty of good times that come with being a parent, but the truth is, there are always good and bad times. Being a young dad or a young parent can be very rewarding but it is also very stressful. You need to be ready to accept that things will be very different until they are much older and until they move out. Overall I wouldn’t change anything about being a dad other than the situation we were in when we found out that our lives were about to change.

What’s your experience been as a parent? Were you young or older when you become one?