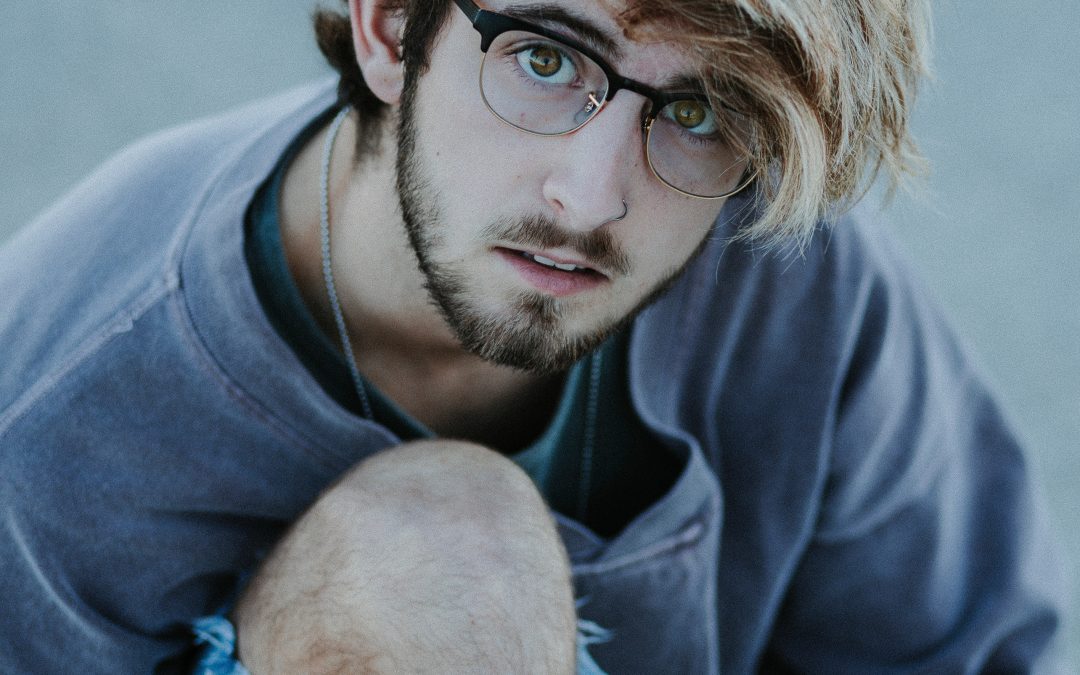 Note From S. Timothy: Chloe came up with the idea of “Coffee Time Conversations”. I think we should brand this as hers. Unique to her. Yeah, I edited it, but it was her idea. As such, I came up with “Chloe’s Caffè”, and the reason I did was threefold. It Brands it as hers. It is explicitly labeled as a “Coffee Time Conversation”, and the presumption is that it is a “Coffee Cafe”. “Caffè”, as a spin on “Cafe” became perfect because the word is Italian, and it means “Coffee”. Hence the name, “Chloe’s Caffè”! Hope you like it!

“The following is a transcript of a conversation between Chloe & S. Timothy”

Chloe: “Hey, have you ever noticed that Adorkable Misogyny is creating a casual assault in Generation Z by Snapchat dysmorphia?”

Let’s see now. Google is our friend (sometimes at least):

Got it. I’m not going to tell her I didn’t know what “Adorkable” meant.

Chloe: “Well if you dig into it, and look at this idea a little further, a little deeper, what makes it different from just plain old regular misogyny?”

Chloe: “Misogyny in any form is a general hatred of women so let’s just get that out of the way.

Chloe: “So, Adorkable Misogyny is wherein a ‘cute’ or ‘dorky’ way, you come off as framing your hatred of women in a non-threatening way.”

S. Timothy: “So if I understand you correctly, what you mean by that is that as parents, we have taught our children not to talk to strangers, yet their perception of what is a stranger is severely compromised because the predator is so cleverly disguised as an Adorkable Misogynist?”

Chloe: “Exactly. Our children often let them into their lives, into their world, thinking that they are safe and that they are totally harmless because of their ‘cuteness’ or ‘nerdy’ approach when in reality, it only fuels the casual sexual assault against women.”

S. Timothy: “Well yeah, you’re right. We have inadequately prepared this generation to properly manage this onslaught of inappropriate behavior. They think it’s harmless because they automatically assume that the Adorkable Misogynist has good, and their best, intentions at heart when the reality is, they are grooming them.

Chloe: “Yes. This makes bigger issues like propositioning girls and women for rape, a problem.”

Chloe: “Take a look at the Aziz Ansari case.”

S. Timothy: “What about it? I’m unfamiliar with it.”

Chloe: “Well, the Aziz Asari case surrounds allegations of sexual misconduct by him. A woman accused him of sexual misconduct in an article on Babe.net.. The article became quite the polarizing controversy as people on both sides disagreed as to whether the incident as described in the article constituted sexual misconduct. It was his word against hers. Many claimed that it was consensual while others argued that his actions were misogynistic and lacked affirmative consent.”

S. Timothy: “In other words, there was no ‘yes’ means ‘yes’ explicit consent?”

Chloe: “Exactly. The only reason it went as far as it did was because she thought he was harmless and he kept pushing his luck. She wouldn’t have continued to allow it to go as far as it did had she known what the warning signs were to look for. Alarm bells should have been going off in her head. But they weren’t. She never perceived him as a threat because he was an Adorkable Misogynist.”

S. Timothy: “Well I don’t believe in implied consent. I know that historically, the campaign was always ‘no’ means ‘no’. ‘Yes’ means ‘yes’ is not an implied consent. It is a specific acknowledgment to consent. That’s just so unfortunate. She should have been able to subconsciously invoke that fight, flight, or freeze response. But unfortunately, she never saw it coming until she was right in the middle of it. She never had a chance.”

Chloe: “That’s right. She never had a chance. He kept pushing his luck because he knew he had the luck to push. He was viewed as such a harmless person. He was safe as far as she was concerned. She had no reason to be scared of him. I mean, after all, she wasn’t leaving or anything.”

S. Timothy: “Precisely. I’m sure she had no reason to attempt to leave. It’s like getting sucker punched. You don’t expect it, and you don’t even realize it’s happened to you until you come to on the floor. By then, all of the damage is already done.”

Chloe: “That was his whole argument.”

Chloe: “His whole argument was that she consented to it. She didn’t even try to leave. If she was a victim of sexual assault, why didn’t she leave?”

S. Timothy: “Yeah, but we both know that isn’t much of an argument. It’s not even much of a defense. In the midst of a traumatic event, it isn’t uncommon for the victim to freeze. I have no doubt, that if she felt threatened, as a matter of self-preservation, she froze. Your brain, in the midst of imminent danger, makes the determination of fight, flight, or freeze. She froze.

Chloe: “Exactly. She froze because she was so terrified, and she was so fearful, this was the decision that she made. Her midbrain made that decision.”

S. Timothy: “So how do we address this? I have a few ideas of my own.”

Chloe: “Well I think the first thing we need to do is make people aware of it. It’s not just him. It’s a whole generation. Generation Z is growing up in front of screens and they’re growing up completely filtered.”

S. Timothy: “I know. And I’ve preached this sermon atop of my proverbial pulpit so often, it’s a wonder the words haven’t fallen out of my mouth and been permanently etched into the podium. I hear ya. You’re exactly right. But I don’t know that filters are the answer.”

Chloe: “This generation has no idea what it’s like to take a picture and not “tune it”.

Chloe: “They can’t leave it alone. Did you know that Photoshop Apps were the number one seller last year?”

Chloe: “Yep! They were the number one App, And you know what they are using it for?”

Chloe: “Most kids, now I’m showing my age, but most kids know how to edit the acne off of their photos almost as easily as they know how to twitch for a secret level or Google the answer to a question. The fact is, even the most innocuous of filters, like Snapchat and Puking Rainbow, softens your skin and brightens your eyes. Even the puppy-dog filter. People have confessed in videos to using these apps when they have no makeup on because it brightens their eyes and smooths out their skin just to make videos first thing in the morning, as if they can’t be without it on several YouTube channels.”

S. Timothy: “Well I know how to Google the answer to a question. I’m not so sure I know what ‘twitch for a secret level’ is. I probably don’t want to know, but then again, I know I need to know. But several of these filters you speak of? I’ve never heard of them. But what’s so important about getting up in the morning and doing this stuff anyway?”

Chloe: “It changes their appearance. Some of them add eyelashes and other things. These are supposed to be fun. But the fact is, it alters your appearance enough such that people are just using them for the purpose of changing other people’s perception of them. They are doing this on a very regular, almost compulsive even, basis.”

S. Timothy: “So, they are removing the blemishes if I understand you correctly.”

Chloe: “Yeah, they are removing the blemishes. But it goes much deeper than that. You know why this is a problem?”

I remember seeing a study a while back and I don’t remember exactly where it was, but it said that only 1 in 10,000 people recognize that a picture has been photoshopped, altered, these days. 1 in 10,000! That’s extraordinary. That means that people just aren’t seeing that what they see isn’t necessarily what they get. That means that what people are seeing isn’t real anymore. They are being tricked only with what they think is real; what they are seeing. They don’t see that they are being tricked by the pixels on the screen. It isn’t real.

If you always alter your pictures, and then meet someone in real life, in person, and they go to touch what they thought was real, because of the illusion of fantasy you have created of yourself for them, a dysphoric representation of yourself, it becomes a real problem for them. It’s different than makeup. What they see doesn’t match what they touch. What they see doesn’t match what they get. And who wouldn’t want to touch it? You’ve managed to put yourself into a position with somebody who you do not perceive to be a threat because a genuinely nicer person in your fantasy world as much as you were in theirs.”

S. Timothy: “I think you’re on to something. I have always been a huge advocate of preparing our children for the world around them. It has been incredibly frustrating to me the number of people that say they aren’t quite ready for their child to know that these types of things go on in the world around them. My standard answer is ‘So when would be a good time? When your child is lying in a casket?’ I’m forever saying this:

‘I’m not interested in protecting our children from the world around them. I’m interested in preparing them for it. For if I prepare them, I take comfort in knowing that they will make the right decisions, and do the right thing, in my absence.’

I think this philosophy is so fundamentally important at this day in age.”

S. Timothy: “So what are we going to do about it?”

Chloe: “I have several pieces in the queue to write for our children and what obstacles they face in the not too distant future. I will be writing about many of these in the coming months over the next year.”

S. Timothy: ” Me too. I’ve got several of my own lined up as well. I think that both of us can work in tandem so that we complement one another instead of overlapping one another. This is so fundamentally important to an entire generation of children, and the generations to come. So, all in?”

What are your thoughts on Adorkable Misogyny?