Addiction: Timing is Everything 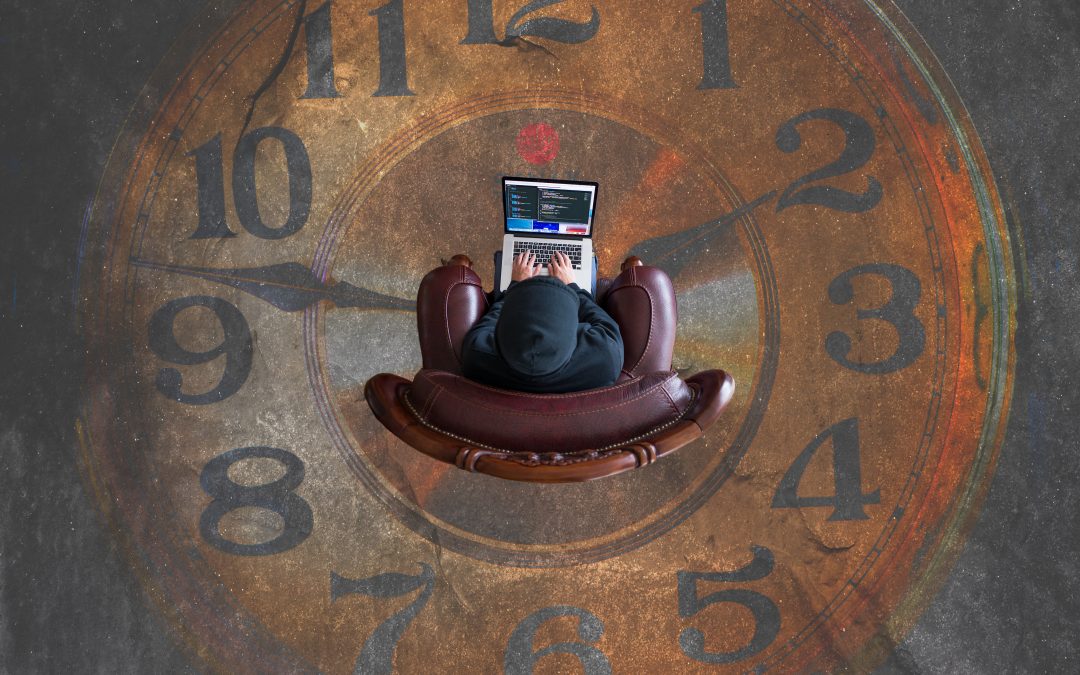 Since I am forever picking up on and quoting movie lines, particularly those that I like that resonate and reinforce the principle at hand, timing is everything. I recall about four decades ago a movie called Airplane. It was a comedy, the likes of which probably wouldn’t pass muster today for many reasons, the least of which would be racial insensitivity in our state of political correctness. Baby boomers (1946-1964) and early latchkey kids (aka baby busters); Xennials, Generation X (1965-1980); both got it and understood the many references throughout the movie because the characterizations in the movie matched many things that were already known to be true, so they could very much relate and pick up on those references. As for the Millennials, Generation Y (1981-1996); Generation Z (1997-Present, however, there is a drive and push for a Generation Alpha that starts in 2013, so the cutoff for Generation Z may soon become 2012), they wouldn’t pick up on and understand many of those references. Anyway, aside from all of the trivial generational history, it remains to be a huge blockbuster comedy movie. In it, Steve McCroskey, played by Lloyd Bridges, said these lines throughout the move, each being more laughable than the previous one:

“Looks like I picked the wrong week to quit sniffing glue.“

“Looks like I picked the wrong week to quit amphetamines.“

“Looks like I picked the wrong week to quit smoking.“

“Looks like I picked the wrong week to quit drinking.“

Interestingly enough, these quotes that I found so familiar as I witness so many addicts, who upon the realization that they have reached critical mass, are in the midst of a core meltdown, and about to hit “Rock Bottom”, or perhaps even better, a “state of brokenness.” Don’t get caught up in the details on this because all too often, those who have hit “Rock Bottom,” haven’t yet fully comprehended the magnitude of the depth of betrayal and despair they have caused their Partner in their relationship. This is most unfortunate because,

“Looks like I picked the wrong week to quit my addiction”

Actually, that isn’t entirely correct. Anytime someone decides it’s the week to quit their addiction, they picked the right week. At least for the addiction. Where the problem lies, is that in doing so, these are some of the common things that I also read, hear, and see a lot (Top 10):

You know what all of these things have in common? Every last one of them are high on rhetoric and short on substance. Even the ones under the guise of “I’m doing this all for her.” Pick any one of these, and finish it with:

“…and it looks like I picked the wrong week to quit my addiction.”

It is the addict’s way of trying to implement a quick solution to a long-term problem, and they will utilize any means and argument to justify and rationalize it.

That sort of fits the description of “closing the barn door after all of the animals have already gotten out.” Of course, if you “tried to hook up with an underage girl…”, your problems have just escalated to a magnitude where conventional treatment options need to include inpatient treatment including offender status recovery work because that is your best chance to minimize some of the legal consequences you are about to face.

The fact is, there really never is a good time, and now is always the right time. No matter when that time comes, it is a major inconvenience. If any one of these is familiar to you, you really need to get your priorities straight. For example, if you’re in an active state of addiction, just beginning any semblance of recovery, what makes you think that it’s a good idea to get married? Anyone who would marry you at this stage in your life is setting themselves up for failure. The marriage is a recipe for disaster long before either of you say “I do.” As another example, what makes you think it’s a good idea to try to have sex with your partner when you’re trying to recover yourself from porn addiction? There is a time for sex. It isn’t now. Sure, you can still recover. But you’ve significantly complicated an already complicated problem, and have made it more difficult and extended the duration to recover. It is definitely fundamentally more sound to cultivate a relationship with your partner than it is to cultivate one with an inanimate object that consists of pixels on a screen and yourself. That is incredibly important.

At this stage of your recovery, however, you are compromised by your addiction, thus leaving you to objectify and use your partner as a substitute for your addiction. As another example, when you seek help, immediate urgent help, you’re not seeking a solution to the problem. You’re seeking a solution to the symptom. You want this problem to go away. Only you can’t. Make certain that your motivations are in the right place, that you are focusing your time, energy, and attention on fixing the wound instead of covering it up with a band-aid.

In every case, your addiction recovery needs to be front and center, your #1 priority above everything else; including your relationship. This isn’t any different than it is for your partner. “Take care of you” first! This recovery isn’t for the faint at heart. It is long and tedious and exhausting and it’s going to take a whole lot out of you, yet in you, to get through it. You will stumble along the way. You will fail. But you take the failures and embrace them for the learning opportunities that they are and represent, and you build on them.

“No, this isn’t a quick fix. The coveted and proverbial 90 days people hear, and so often repeat without really knowing why, is only the healing part of the brain. It’s that time necessary for neuroplasticity to take.”

If we could do a Total Recall, as is demonstrated in the futuristic 1990 science fiction classic movie by the same name, and quite possibly the 2012 remake also, starring Arnold Schwarzenegger, as Douglas Quaid (aka Carl Hauser), as a memory erasure and implant, your brain wouldn’t know the difference. In the movie, Quaid seeks to get away from it all by taking a vacation, only he can’t afford one. So he makes an appointment with Rekall, a company who specializes in memory implants as a cheaper alternative to the more expensive, yet very real, travel and vacation experience. Pay attention to these details, because this is where things get rather tricky to put together.

As Bob McClane explains to Douglas Quaid in the movie, “…your memories will be complete in every detail…”, “…if you want a longer trip (an ironic choice of words because, while he makes reference to the amount of vacation time, it’s a “trip” very similar to what one would experience in a dopamine high), “…it’s a deeper implant…”, it is “…as real as any memory in your head…”, “…your brain will not know the difference…”, “…besides, a real holiday is a pain in the butt. You’ve got lost luggage, lousy weather, and crooked taxi drivers. When you travel with Rekall, everything is perfect (also an ironic choice of words because, while he makes reference to the “perfection” of the vacation experience of the memory implant, it’s an experience much like that which the addict seeks to find in pixels on a screen, only perfection is a fantasy, and doesn’t really exist in the real world that is reality), and it is called “…the ego trip…”, and offered a choice of “…alternate identities during your trip (also an ironic choice of words considering it serves as a reminder that often with addiction, we experience alternate identities; one is that the addict within us, almost like an alternate personality seeking and doing anything necessary and within our power to acquire that dopamine that our body so craves because for the entire duration of our addicted life, it’s what we live for, and the other is our real persona that we project to everyone else in the outside world). Unfortunately, Total Recall is not an option for us; at least not today. It certainly would solve a lot of problems. Perhaps by the year 2084, the year depicted in the movie, this could be an option to solve the addiction problem.

Addiction is a complicated beast. So let’s put it into some more simplistic mathematical terms. The numbers won’t necessarily line up precisely, but that’s OK. That’s not what’s important anyway, and that’s not what we’re after. What is important is to understand that the addiction recovery occurs at an exponential rate starting at zero (0%) and ending just shy of 100%. It always approaches 100%, but like limits, never quite gets there. It is also why there is no such thing as a cure. There is only remission. If we were able to do a Total Recall, then perhaps we could reach 100%. Everything you have done, ever, is permanently etched into memory in your brain. It’s just a matter of what’s layered on top of that memory that provides you with limited access to it or instant recall. If you’ve ever had something that triggered your senses to where you recalled something buried deep within your past, it is because there are layers upon layers of newer neural path connections overlayed over the top of them. This is also why teachers throughout your school years would have you do exercises repetitiously in order to solidify and commit them to memory. All the while, you were fully engaged in neuroplasticity and didn’t even know it.

Milestones are not the same for any two people. On average, it takes 90 days for the brain to heal. Don’t underestimate this timeline, for if you consider any other major organs in the body, the brain being the single most important of them all, 90 days isn’t an unreasonable expectation for them to heal from traumatization or disease. If we utilize a modified scale, the one I like has these milestones as I tend to lean toward the 80/20 rule for the life-cycle of development:

The important thing to remember is, none of the development works at all unless it is 100% complete, or in this case, as close as conceivably possible. It is not an exact science, so we will just pick some key milestones, and utilize interpolation to sort of fill in the gaps. Our target is 80% completion at 90 days. So, therefore, we’ll set 90 days to 80% completion, and then extrapolate the rest from there. Don’t go nitpicking the math.

So, are you totally confused yet?

Look, addiction recovery is a very difficult task. It isn’t even a task. It is a project filled with many tasks. It is a huge undertaking. And make no mistake, it cost people their lives, and it really doesn’t matter what their addiction is. When we do get to that “state of brokenness”, hopefully, our mind and brain isn’t so damaged to a point where it interferes with our recovery initiative and efforts.

“Taking on addiction recovery is like trying to take a sip of water from a fire hose. The intent is to take a drink of water. The reality is, you wind up taking a shower.”

So heed this warning. When you are told “…and it looks like I picked the wrong week to quit my addiction”, set aside all other recovery objectives until you can fix the very one that will ultimately destroy all of the others. If you don’t fix the addition problem first, none of the rest of it really matters anymore, for you won’t have any of them left to concern yourself with. Take care of you first, and then you’ll find yourself in a much better position to fix all of the other things on your “fix it” list.