Tips for a Fun Family Trip 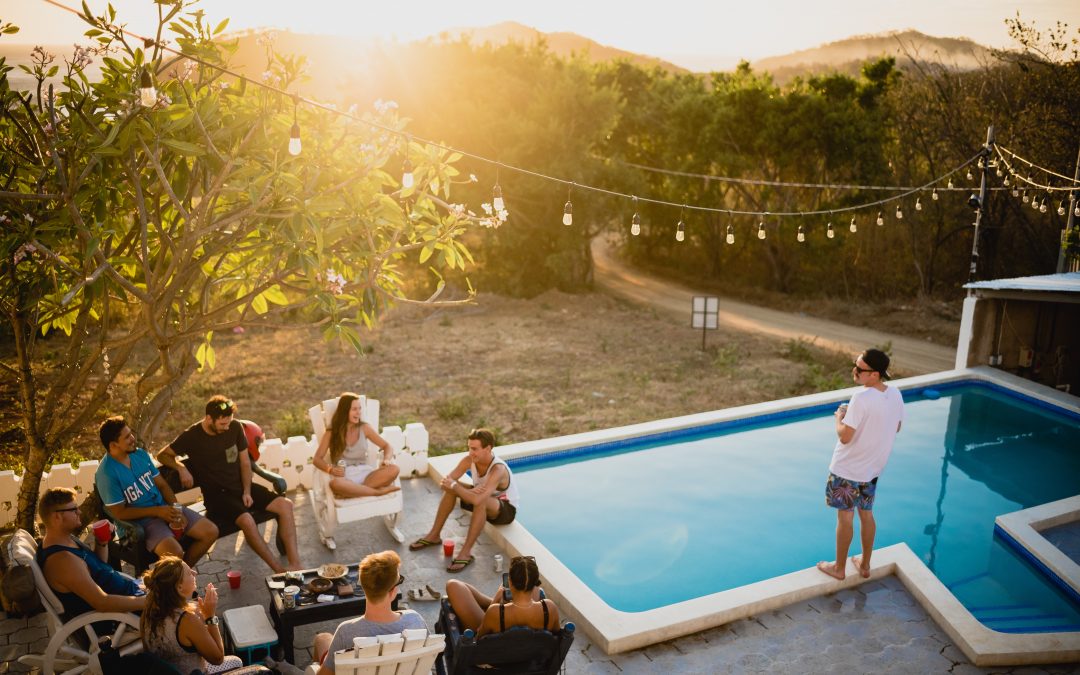 Weekends can be the perfect amount of time to get away. Long enough to get some fun things done, but you’re not gone so long that everyone gets bored.

Last year, my husband and I took our three kids to St. Louis, MO. We had been there before on a wedding anniversary trip, but not with kids. We live in Louisville, KY so this would be perfect for a weekend- it’s about a 4-hour drive.

My husband mentioned a neat restaurant, Lambert’s, which is located in Sikeston, MO. They have great food, huge portions and throw rolls to the customers. He went there with his family and loved it. He figured that we would like it too, so we added time onto the trip for this stop. It’s about 45 minutes out of the way that we chose, and after eating, it added about two hours to our drive.

We weren’t worried about directions thanks to Google Maps. We decided to rent a car and my husband went online to do so. He also booked a hotel just outside St. Louis, within a short distance of everything that we wanted to go to. It’s cheaper this way and apparently, everyone with kids wanted to go to St. Louis over Spring Break. I had a hard time finding affordable hotel rooms during the weekend we chose in the city. Tip: split the work with your partner- less stress on both of you. If you can’t do that, break it down into chunks so it isn’t overwhelming.

The hotel we chose had a great (free) breakfast, a pool (a kid request) and free Wifi. Our room was large (there’s five of us, so we need a lot of space) and comfortable.

This was my department. I love looking for things to do on trips, so I was delighted to start looking. I did this about a month before the trip. I started on Pinterest by looking for “Cheap things to do in St. Louis”, “Free things to do in St. Louis” and similar searches. I also Googled these terms. Once I found some things to do, I asked my husband and the kids what they thought would be fun, and I came up with a list. Tip: plan early, but not too early, in case there are changes to the places you want to go. Ask your kids what they want to do if they are old enough to choose.

This might be a short list, but there’s a lot more to do at each place than you may think.

Spring Break on The Road

Everyone packed their bags- the younger two got a list to check off things as they went so nothing would be forgotten. They’re old enough to do so. We left in the middle of the morning after breakfast. Since one child gets motion sickness, he was given medication before we left. The kids chose to take books, coloring books, and tablets to occupy themselves while we were in the car. There’s not much worse on a trip than bored kids.

I let the kids pick what to bring with them in the car- all of them decided to bring a pillow for comfort and the oldest made a bed of sorts across the backseat since he had it to himself. We looked for cool things as we drove, including the license plate game. As we left Illinois and went into Missouri, we saw where the Ohio and Mississippi Rivers meet, and at the time, they were flooded. I took pictures of the state signs as we went. This made the ride somewhat educational. (Two preteens and a teenager are not always the most willing to learn when school is out, so I was really reaching.) Tip: try to engage the kids in a game or two. Not every kid will play but it’s worth a try.

We stopped at Lambert’s and it was fantastic. I ate the best fried potatoes I’ve ever had besides my mother’s. They serve sides out of very large serving bowls and I was all over those potatoes. Our younger son caught a roll and thought it was hilarious. The restaurant has a 50’s interior design, which was very well done. After we were stuffed, we continued our trip.

It was late by the time we got to the hotel due to the time we left and stopping to eat, so we decided to go to the pool and relax for the rest of the day. The kids loved the pool but I thought it was a little cold, so I just sat and watched. At the end of the day, everyone was tired but glad to be on our trip.

A Slight Adjustment to the Plan

The weather wasn’t the best- chillier than I’d previously seen online and mostly cloudy. It was barely 40 degrees the whole weekend, so we decided not to go to the Zoo. Everyone was disappointed about this because we love animals and the St. Louis Zoo is great. (My husband and I went on our last trip.) Tip: Be ready for anything, because it might happen. Flexibility is a must on family trips.

We drove into the city to go to the Gateway Arch. At the time, part of the entryway was under renovation and we had to go to a courthouse about a block away to get tickets. (This has since been finished and you can get the tickets there now.) While in the courthouse, we found some interesting architecture and a whole area about slavery.

Our daughter is interested in history so she read everything on the walls and other places. The boys were only interested in a wet floor sign shaped like a banana. This helped take up some time that we had before our tour in the arch, so we were okay with this.

The Gateway Arch is a national monument, so there is a metal detector. Our oldest child had a heart monitor on, so he had to be patted down by a security guard. Meanwhile, his brother forgot that he had a metal fidget spinner in his pocket and almost set off the detector. You have to put everything in your pocket in a small bucket to be looked over, but yet… he still forgot.

The ride up is short but feels longer if you have a fear of heights. We looked around at the top, took pictures and went back down. The kids enjoyed the experience. We spent the rest of the day walking around downtown, eating and at the hotel pool.

There is a place in St. Louis called the Magic House. It’s a large house filled with activities for almost any kid at any age. My kids are too old, obviously, for the baby and toddler sections, but if they were as cool as the older kid areas, then younger kids will have a blast.

We literally spent a whole day there- I would not go unless you have a full day to spare. It has three floors and it is covered in kid-friendly things. My kids loved the bubble maker (my husband did too, he just won’t admit it), the weight room for the college football team, and the electric ball (the one you touch and your hair gets all frizzy). Our oldest couldn’t do that one due to his heart monitor, but he could do everything else. It was packed the day we went there, but it didn’t hold us back from doing any activities.

Everyone was worn out at the end of the day- I have pictures and everyone has memories.

Going Back to Reality

We left St. Louis early Sunday morning. School and work awaited us and so did the long drive. I’m pretty sure the kids slept at least part of the way back.

The trip was fun and not overly stressful from beginning to end. Planning can go a long way towards making a family trip the best it can be.

Every family has their own tastes and ideas on where they want to go on vacation, so consider this list as a suggestion:

What are some of the family travels you have had? What were your favorite memories?