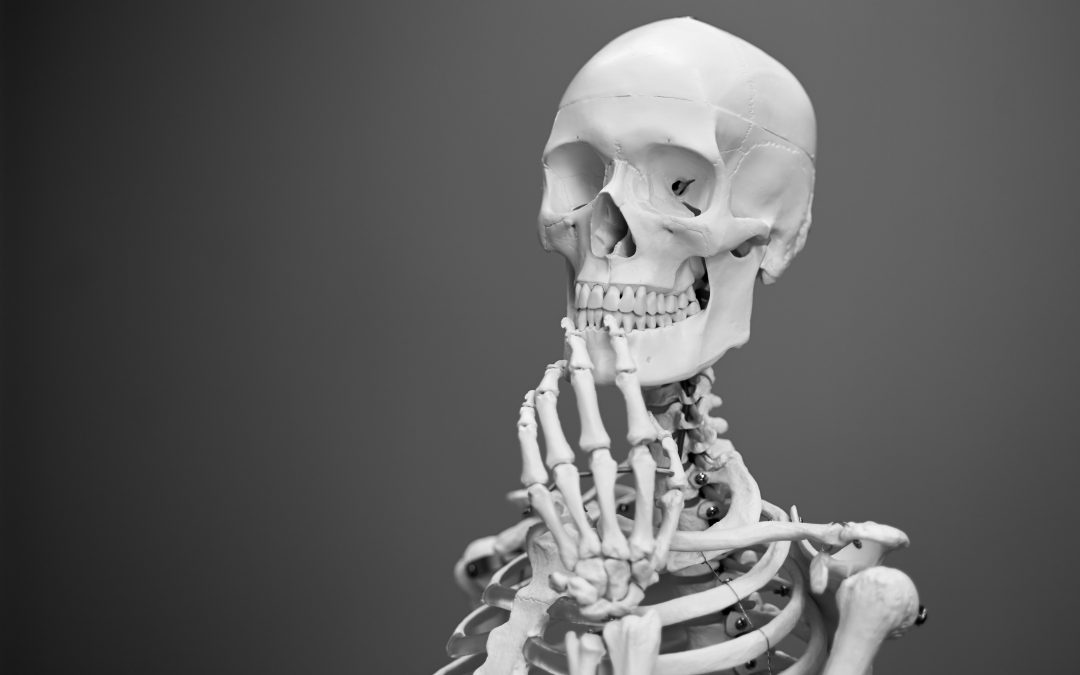 I remember a comedian some years ago, whose name I won’t mention because he was just such a vile, foul mouthed, human being. I recall thinking everything he said was hysterical at the time, but as I’ve aged, I don’t necessarily find most of his material all that funny anymore. But he did say something that resonates with me still today.

“Real friends don’t come bail you out of jail. If they were a real friend, they’d be in jail with you.”

That, while it’s supposed to be funny, exemplifies the whole idea of what real friendship is. Are your friends real? Or are they superficial? If you want to find out how much of a friend they really are, just wait until some unmitigated disaster occurs in your life, and watch them scatter like cockroaches upon turning on the light as they just mysteriously disappear from your close circle of friends, or they abruptly end it in a display of profound judgment. It’s why I question anyone who says “I have lots of friends.” No you don’t. You have lots of people whose whole identity is closely attached and wrapped around that of your own. And when they don’t need you anymore, you’re rubbish, yesterday’s garbage, and no longer worthy of a relationship to them. Realistically, if you evaluate your friendships, I’d say you have one, two at the most, and at the very least, less than a handful. Most friends are not.

This whole idea also extends to relatives. In a marriage, what does “…until death do us part…” mean anyway? It appears to be nothing but a matrimonial quote that is just ceremoniously spoken out of tradition. I’ll come back to that in a moment, but it exemplifies what also evolves in family dynamics and relationships where a society dictates what “normal” is, what is and isn’t socially acceptable, and whether or not a relationship continues to exist. Siblings often estrange themselves from one another for reasons only they can understand; mostly because they’re just ridiculous. They certainly can’t explain it. So too do parent/child relationships, relationships with aunts, uncles, cousins, and so many others in the family tree. And if your family tree does not fork, that complicates things.

So a relative is diagnosed with cancer. A very devastating disease, a brain tumor, that is inoperable and a prognosis that doesn’t look very good. It falls into that category of “this isn’t going to end well.” Treatment options are very limited, but available. For all intents and purposes, it’s terminal. Chances are 1/100 or a 1% survival rate. But there is not only medical treatment protocols necessary for survival. There is also a necessity for many other proactive addendum’s to treatment that fosters a positive outcome including, but not limited to, sufficient sleep, healthy diet, exercise, etc. All these things we already know as they have been so heavily published in books, magazines, news articles, radio, and television. For example, we all know that eating fast food is not a very good option for those who want to lead a healthy lifestyle.

The thing is, for the cancer patient, the relative owns it. It’s not something they can just hand off to somebody else to deal with. It’s not something they can share, or spread amongst the rest of their family and friends, to battle the disease. They, and they alone have to fight it. The best you can hope for, the best you can do is to support them in their recovery, help them by providing healthy food options, maintain an environment conducive to sufficient rest, and ask, not demand, to go take a walk with you. These are all supportive endeavors.

When my daughter became very sick, so much so, she was hospitalized for days, all I could do was to wish I could take away all of her misery. Her body temperature was a sustained 105°F. I could not get it to come down after stripping off all of her clothes, covering her with wet towels from head to toe, and ultimately getting in a cold bath with her. It scared me to death. Ultimately, after soliciting help from another physician, aggressive diagnostics and consultation with specialists, and firing her existing ones, we discovered the underlying problem causing all of the symptoms which led to a treatment protocol, surgical plan, and ultimately a complete recovery.

If you ever want a real quick dose of reality, just take a walk down the corridors of your local children’s hospital, and you’ll get a very good idea of what that feels like. It’s so heartbreaking. I could not do anything for my daughter except what I did; support her. She had to fight her illness, and as a parent, that’s tough to watch. The relative with brain cancer is tough to watch too as you watch them deteriorate from surgery, radiation, and chemotherapy. You witness what was normal brain function turn into abnormal brain function as they experience side effects of their treatment program and the disease including seizures, loss of control and mobility of limbs and bodily functions, and thought processes just to name a few. As the tumor alters their brain, it changes them from the warm, loving, caring, compassionate, docile human being they once were into an ugly, mean, nasty, angry, and obnoxious human being. The disease has overwhelmed and overcome them. If they are fortunate enough, they will recover from most or all of these. That’s a very tall order for a patient with a 1% survival rate to overcome. It is a cruel necessity, but it is the best chance for them to stay alive.

So what do you do to support those you love who have fallen victim to the disease? I recall my aging mother as she was suffering from dementia. My children didn’t have quite the same experience with their grandmother as did their older cousins. They never knew the love, kindness, and thoughtful, and the incredibly strong woman she once was before the disease took all of that away from her.

That’s what this addiction, this brain disease, is doing to your partner. What are your options as you struggle with how it influences and impacts your own family dynamics? These are all tough questions you have to ask yourself as they arise.

“Rock Bottom”, a terminology more often used for addiction, for the cancer it is the realization that the best chance for survival is to follow the treatment regimen. You don’t know what the outcome will be, if it will work or not, but you embrace it, aggressively follow it, and hope and pray for the best. What you do know is that if you don’t, what the outcome is certain to be. This is an important distinction because it all hinges on the total commitment of the individual with the disease. Ironically, in a twist of fate, another addiction, alcohol and/or nicotine, may have contributed significantly to contracting the disease in the first place. “Rock Bottom” for the addiction works the exact same way.

Now take the word “cancer” out, and substitute the word “addiction.” Everything else falls into place. After all, in both cases, it is a “brain disease.” While many will argue that addiction is not a brain disease, Dr. Ralph E. Carson, LD, RD, PhD (also MD and Pathologist), explains why it is a brain disease in his book “The Brain Fix.” Additionally, Dr. Kevin McCauley makes a great case for it in his documentary film, Pleasure Unwoven. The brain scans show it. The chemical analysis proves it. And the definition of a “disease” supports it.

In spite of addiction being a disease, it is treated very much differently than any other diseases. And even each addiction can be broken down further by their respective addictive actions and behaviors for alcohol, narcotics, eating disorders, gambling, gaming, sex, pornography, et al. A social stigma exists. As society has evolved, addiction over time, as a mental illness, is more clearly identified, defined, and accepted as a real world health issue rather than a moral one. That, in and of itself, should implore one to treat it as a disease, and not as something to be taken so personally.

As addictions go, perhaps the worst of all of them is sex and pornography addiction. There are several reasons for that:

We can generally determine at what approximate age the trajectory of one’s life took a turn for the worse. It’s that age level at which they exhibit their juvenile (ass)inine[sic] behavior. If they act or respond like a 12 year old, you can probably, likely, trace back their childhood traumatic experience to somewhere around age 12. Some behaviors, actions, and reactions are so childish and immature, it’s almost as if you’re dealing with a full grown toddler. It’s why betrayed partners will often refer to their addicted Partner as their “man-child.” Don’t enable this kind of behavior. You won’t tolerate it from your own toddler, so don’t tolerate it from your Partner.

I will never fault someone who has been betrayed for taking actions to sever a relationship they find toxic to themselves. I guess it’s all part of what makes this disease so heinous. I call it a despicable, nasty, and disgusting disease, not as a reflection of the person who has it, but as a reflection of the disease itself. It ruins and destroys so many lives apart in a display of collateral damage unlike any other. As your loved one has this disease, and you are feeling all of the emotions that go along with it like hurt, pain, anger, frustration, anxiety, exhaustion, ugliness, worthlessness, stupid, foolish, helpless, and confused, and those just barely skim the surface. The point is, all of these are encapsulated in a state of betrayal that overwhelms your capacity to deal with it. So you have to put your own safety, security, and sanity before all others. After all, that’s the way it has to be, else you not only fail yourself, but all of those around you.

Just remember, whatever you’re feeling right now? I assure you, your addicted Partner is feeling all of that, and then some. I understand the need for understanding, validation, and empathy. But just as much as your Partner has done all of these things to you? They were traumatized and felt it long before you ever did. You’re just now feeling what they’ve been feeling for a very long time before you. It doesn’t make it right. It doesn’t excuse the actions. It just explains the behavior. Quite simply put:

Back to the matrimonial testimony: “…for better, for worse, for richer, for poorer, in sickness and in health…” is what generally precedes “…until death do us part…” in conventional wedding vows. It doesn’t say and have the caveat “…unless my Partner is an addict…” And if you go back and forensically evaluate most individuals who committed extreme acts of betrayal, you’ll also find that a life of traumatic events generally led up to it. So just as you anticipate and expect this from your betrayer, and especially if they are genuinely actively trying, make certain you exhibit reciprocity of the same expectation. For the addict, it’s going to be uncomfortable, but it needs to be uncomfortable. For the betrayed, it’s going to be strengthening and conditioning, but it needs to be strengthening and conditioning. For the relationship, it’s going to be reconstruction and restoration. But it needs reconstruction and restoration. Both individually and collectively, it takes each doing their own part, and then their collective part, to make it work.