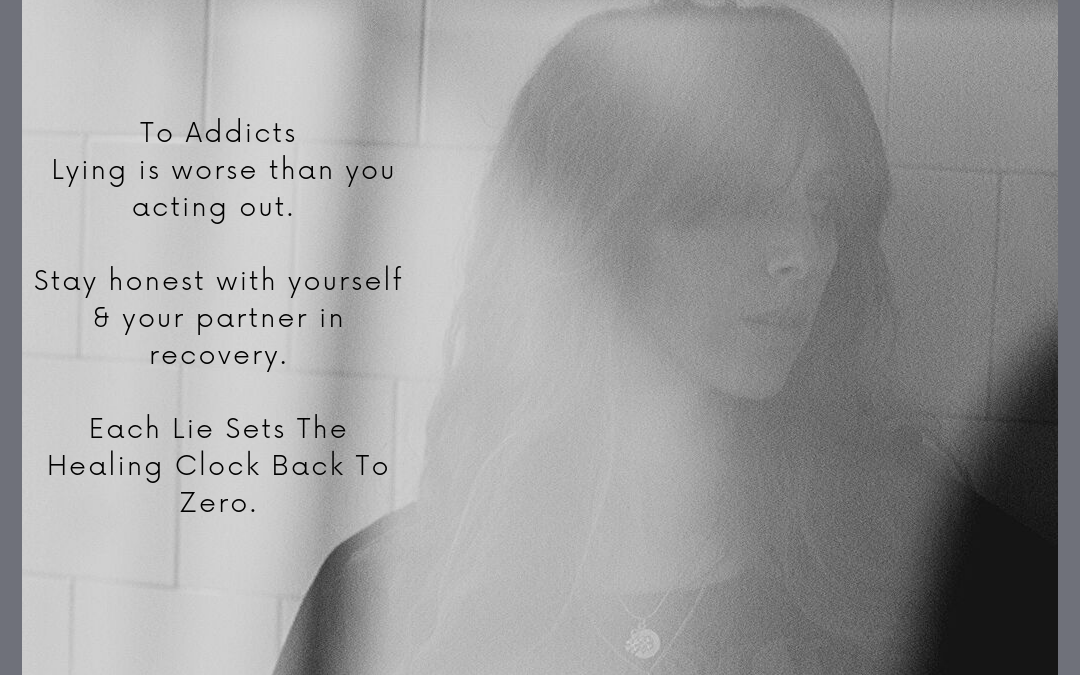 Disclosure! “To tell, or not to tell. That is the question” ~ Shakespeare (but not really)

Many people, as it pertains to disclosure have often questioned “Should I tell my partner any (all) of my past indiscretions?” People have even gone so far as to ask “What if I’m being too honest”? On the surface, it appears to be a rhetorical question, but it’s not. They are dead serious. And to be clear, “indiscretions” can be any combination of alcohol consumption, drug use, pornography, physical infidelity, emotional infidelity, strip clubs, or any other such things that their Partner could potentially perceive or construe as inappropriate (mis)conduct in the relationship.

“Any time we make a decision, and that decision has the propensity to influence or impact on another human being, we have a duty, obligation, and responsibility to include them in that decision ”

Failure to do so is an abomination of the relationship. Any excuses we may have are for our own protection; NOT theirs. They are for ours.

HOW MUCH SHOULD I DISCLOSE?

To answer this question, perhaps it would be a good idea to answer it with this question: “How much would you yourself accept in a disclosure?” The correct answer is “As much as we feel that is true to our relationship and would be willing to accept ourselves if the situation and circumstances were reversed in our relationship”. We must ask ourselves this question. “Would it be acceptable to me to only know part of the betrayal or all of it?” The bottom line is, if I am only willing to accept the truth, the whole truth, and nothing but the truth, I should expect no less of that of my Partner. If I do not disclose my betrayal to my Partner, make no mistake, I am lying by omission.

While we are on the subject of lying, we need to know that lying, by and large, is the second absolute worst possible form of betrayal to our Partner, only behind indifference, and above and beyond everything else; including infidelity. We could perhaps engage in the most disgusting form of sexual (mis)conduct known to man, yet it pales in comparison to lying to our Partner. We’ve witnessed way too many Partner’s betrayal trauma to believe otherwise. One of our first recommendations to everyone creating Boundaries & Consequences is “Don’t you dare lie to me!”, and for good reason. And we generally follow that up with “Don’t you dare make me have to explain to you what constitutes a lie”. Lying! Just don’t do it!

For those who are experienced in addiction, the recovery process, what it means to be in a state of remission, because to be clear, there isn’t a “cure”, we all need to understand this distinction. When we talk about and declare the necessity for disclosure;

“There are specific rules and guidelines that are necessary for a clean, healthy, and productive disclosure.”

In the midst of a relapse/reset, most experts will agree that we need to disclose it within 24 hours. Each passing day only exacerbates the problem. This is very crucial to rebuilding trust in a relationship. Anything else is an act of lying (by omission) and deceit. If you don’t do this, your relationship WILL, most likely, fail.

When we get to a point where we feel the need to disclose everything, and this generally does occur in recovery, but not necessarily, not because of our desire to disclose, but because of D’Day (Day of Discovery), that’s when things start to get really messy. Now, D’Day from a historical perspective refers to the Allied invasion on the beaches of Normandy in German occupied France on June 6, 1944 called Operation Overlord. But it is also commonly referred to that Day of Discovery (which is common terminology) when a partner discovers a betrayal in the relationship that rocks their world to the very core. Once we have been busted, discovered if you will, we know we’ve been caught. We know that any defense we mount isn’t going to be much. As such, we tend to start having what I commonly refer to as “diarrhea of the mouth”. Stupidity just starts spewing out of our mouth for we can’t help ourselves. And yes, it is monumentally stupid! We’re not the first, and we certainly won’t be the last.

“I am ready, willing, and able to disclose everything to you. However, I do not want to do so outside of the presence of my therapist, coach, or support network”.

End of discussion. And the reason is, we can do far more damage than we ever imagined possible. In our efforts to come clean and be honest for the first time in our relationship, we are embarking on a mission to tell our Partner things they just do not even have the knowledge, capacity, let alone the wherewithal, to manage.