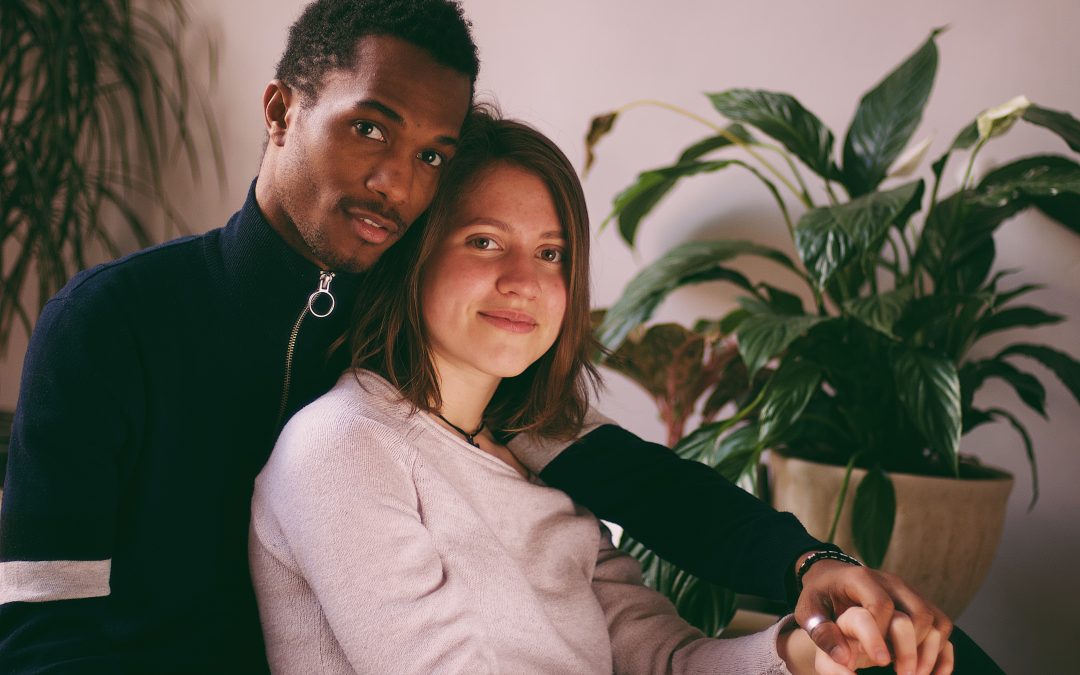 Actually, “counciling” isn’t even a word. But I utilize it to illustrate a point. I view much of what so-called premarital counseling is as nothing more than various miscellaneous and sundry council members with words of advice often fraught with (mis)information with a lack sufficient wisdom in the form of education, experience, and knowledge to give it offering up marital advice. That’s most unfortunate.

The fact is, the most popular time of year to become engaged is the end of the year, followed closely by July/August. Some people will time their engagement right around and to coincide with Christmas. Personally, I think that is a bad idea, and The Hallmark Channel doesn’t help much with that idea either. People are generally happier this time of year anyway because of the festivities, and as such, they often get caught up in the moment. She may even say “yes” when she really doesn’t know, or worse, wants to say “no”. Both the holiday and the engagement become wrapped up together forever forged as one. It’s also why I find it most unfortunate for those whose birthdays coincide with the holiday. For them, the two singular events become one.

Let’s not waste each other’s time with biblical indoctrination. I’m not going to convince you of anything that you don’t already have an open heart, mind, and spirit to be convinced of anyhow. But I am going to touch on a couple of spiritual and religious topics.

What does that even mean anyway? Well for starters, “to love” is “to love unconditionally”. You love one another no matter what they do. It doesn’t mean you must accept everything that they do, but you must love them in spite of what they do. A lack of unconditional love is a recipe for disaster.

Second, “to honor” one another. That is, you have implicit and explicit trust in one another. You have no secrets from one another barring any legal obligation to do so such as a Top Secret Security Clearance where secrecy is mutually understood between you. Anything you do in darkness will come into the light. Make certain that what comes into the light isn’t spawned in darkness. If you aren’t willing to do it in front of the other, in all likelihood you shouldn’t be doing it at all. Secrecy is an assault on the continuity, consistency, and commitment to the relationship and it will destroy it in the form of lies, deceit, and coverups.

Third, “to cherish” one another. If you’ve ever heard the phrase “keep your eye on the prize”, you are “the prize”. Each of you is the other’s prize. To cherish one another is all about intimacy. Intimacy comes in many forms (spiritual, emotional, physical, intellectual, financial, crisis/conflict, recreational, work, commitment, aesthetic/creative, and sexual).

Sexual Intimacy is the one form of intimacy that requires several of the other forms/types of intimacy to come to fruition.

If you want to read more about intimacy, you can read about it here: Understanding the 11 Different Types of Intimacy (Including Sexual Intimacy),

Two Shall Become One

When we say “Two Shall Become One”, that should imply to you a marriage made of two people; not three, four, six, or ten. Ask any couple who have ever lived with one or the other’s parents, and they will tell you it has caused widespread dissention in the relationship. If you’re not starting out a marriage where the two of you can work, play, and live together independently, without outside interference in your relationship, you’re starting out a marriage handicapped. It’s difficult enough to find time alone with one another, let alone in a household full of obstacles intent on interfering with your alone time. If you can’t establish a safe space/place that the two of you can call home, then it’s probably a good idea to postpone the wedding until such time that you can.

Til Death Do Us Part

Well, you may not be very far off. We have all bore witness to individuals who have had lifelong addictions to pornography and masturbation, notwithstanding others such as alcohol, tobacco, eating disorders, gambling, et al. The lasting effects go way beyond the betrayal trauma they inflict upon everyone else in our lives. There are dire health consequences that go along with it that include, but are not limited to, brain damage in the form of dysfunctional wiring (neural pathways) in the brain, diabetes, heart disease, arthritis, and cancer just to name a few as individuals systematically neglect their own health and wellbeing for their addiction. Addictive word(s), action(s), & behavior(s) always trump rationale, judgment, accountability, responsibility, and ownership. Mortal death may become imminent as an indirect result.

To some, death of our relationship is a fate worse than mortal death itself. This generally happens because our addition has resulted in boundaries, rules, and consequences of which we haven’t found in our own capacity to respect and uphold. Consciously, we know we need to, but subconsciously, our hindbrain doesn’t allow us to as it takes charge and control of our decision making processes in a “fight”, “flight”, or “freeze” response.

Did you actually mean it when you said “til death do us part”? These words are ceremoniously spoken out of tradition more often than they are anything else anymore. They have become nothing more than a formality. Most people don’t even take the time to give it any reasonable consideration, let alone thought, as to the meaning of it.

The prophetic significance is that often times when couples separate on grounds of sexual immorality, if biblical scripture is used to support their case, unless they follow it completely without reservation, it is the height of hypocrisy. You can’t utilize adultery as an excuse for divorcing your spouse and then subsequently engage in fornication with someone else. It doesn’t work that way. You can’t have it both ways. You have to either embrace your religion and spirituality, all of it, or none of it. Regardless of what you believe, remain steadfast in your consistency, continuity, and commitment to what you believe in.

Translation? “You aren’t worth talking to.” If you withdraw hugs, kisses, and attention, you’re sending your spouse the message “you aren’t worthy” of me. What an arrogant, pompous, assholy[sic] thing to do. Yet in a state of addiction, that’s precisely what we do. This is, by and large, the single most devastating blow to a relationship. You must be vigilant and generous with validation, understanding, and empathy, else you can watch your relationship spiral out of control like watching it go down the drain in a vortex.

Honesty is so fundamentally important in a relationship. If your spouse can’t trust you, who can they trust? It’s why people with addictions in a relationship find themselves wading through a mountain of trouble in them. Honesty is always the best policy, and it means telling the truth, the whole truth, and nothing but the truth. Anything short of that is a lie. Withholding information from your spouse is lying by omission. So truth is fundamentally important.

Integrity is fundamentally important. If you’re going out flirting, lusting, and “whoring around”, you are engaging in an abomination to the sanctity and spirit of the marriage. You may as well not be married. None of it is harmless to the marriage. Don’t do anything that would bring embarrassment, guilt, or shame into your marriage.

Many couples are surprised to learn that Cheating isn’t at the top of the list. Betrayal Trauma comes in many forms. If you cheat going into the relationship, there is a very high probability that you will cheat in the relationship. I recall a couple whose marriage was in peril. I learned that this was their second marriage for both of them. He cheated on his wife, she cheated on her husband, and both cheated on their respective spouses with each other. I posed the question “If you cheated on your spouses with one another, what would lead you to believe that either of you wouldn’t cheat on one another?” A valid question that certainly garnered their attention.

Why do I bring this to bear and why is it fundamentally important?

“I am Married to an Addict”

You never want to find yourself going into a marriage with this statement being true. It is a recipe for disaster and you will be destined to live a life of disappointment. It makes no difference what the addiction is. Marriage, children, and life will all impact your marriage. A brain in addiction isn’t a brain that is prepared to cope with the challenges that come with a day in the life of an addict. I briefly touched on this topic in Should I Stay or Should I Go?

If you go into a marriage with an addiction, you will leave the marriage with an addiction. The collateral damage that ensues is insurmountable. It destroys many lives, leaves a path of destruction, and in most cases, directly and indirectly affects hundreds more. If you have reservations about going into the marriage, perhaps you should leave the marriage proposal on the table; at least for now. It follows that “gut instincts”, “women’s intuition”, and “sixth sense” you should all be paying closer attention to.

All of us have our own baggage that we bring into a relationship. All of our baggage has to go through Baggage Claim. That is, we have to take responsibility, accountability, and ownership of our own baggage. Nobody else can do that for us. Once we claim it, we have to unpack it, unfold it, and unveil it. When asked if you packed your own baggage, the correct answer has to be “yes”, because nobody else could. So when we commit to take that final step down the aisle, it’s “if you love me, you have to love all of me; not just the parts that you like about me.” “You have to love me unconditionally even when you don’t like me very much.” And when we say “in sickness and in health”, that also includes afflictions of the brain that is addiction. If the addict is actively working towards their own recovery, their spouse should actively work on their own recovery as well, and both should actively work on their relationship reconstruction and restoration. If this isn’t something you are ready, willing, and able to commit to, how could you possibly commit to a life that includes another human being?